25 Most Poisonous and Venomous Animals in the World

It may be easy to convince anyone of how poisonous a snake is, but when it comes to some of the cutest animals, sometimes, seeing in believing.

In this article, you’ll find 25 of the world’s most venomous and poisonous animals. You might be surprised to find one of your favorite animals on the list.

The Brazilian Wandering Spider may not be a giant, but this spider once earned for itself the Guinness World Record title for being the most venomous animal on the planet.

A dangerous and aggressive creature, even a tiny drop of this snake’s venom, could turn out to be fatal to a person.

When the Brazilian wandering spider is not on the move or hunting, it takes to cover in dark corners – inside clothes, houses, shoes, and commonly under log piles – which ups the chances of an accidental discovery by an unsuspecting human being.

Deathstalker scorpions are popular aggressive arachnids that are resident in the middle east and North Africa. These scorpions are believed to be responsible for more than 75 percent of scorpion-related deaths in these regions every year.

Adults usually suffer a sharp pain from the sting of this scorpion, while children may become paralyzed. However, both in the case of a child or an adult, eventually, the victim’s lungs fill up with fluid, and he or she dies.

The pufferfish is a wonder to watch him in an aquarium, but it has a poison that produces a quick and violent death.

Most of the victims will die between 4 to 24 hours. At the time of this article, there is no known antidote to this poisoning, and most deaths from the pufferfish happen when unskilled people catch and cook the fish.

Generally seen in Australia, the redback or black widow spiders are packed with lethal neurotoxins that lead to severe harm and may be deadly if there is no anti-venom to be administered immediately.

Most bites from this spider occur during the summertime and are usually inflicted by the female redbacks. The females of this spider are larger, more toxic, and live four times longer than a male.

The Poison Dart Frog is likely the most poisonous moving creature on earth. The golden poison dart frog, which has is only 2 inches long (5cm), carries enough venom to end the lives of 20,000 mice or ten adult humans.

Only two micrograms that have this lethal toxin (a tiny amount that fits on the head of a pin) has the capability of killing a human or any other large mammal. The reason they are called “dart frogs” is because indigenous Amerindians’ reportedly used their toxic secretions to poison the tips of blow-darts.

Unlike other animals who must bite to poison a victim, the poison dart frogs store their poison in their skins and will kill or sicken anybody who eats or touches it.

Not the most famous snake, but belcher’s sea snake is one of the most poisonous reptiles in the world. This aquatic reptile bite can kill a human being in less than 30 minutes.

Fortunately, Belcher’s sea snake is a relatively docile animal and doesn’t usually attack people unless it is excessively provoked. It is mostly found off the coasts of Thailand and the Philippines, and near coral reefs in the Indian Ocean.

The box jellyfish is one of the world’s most venomous animals, and it has killed over 5500 individuals since 1954. The venom of this jellyfish attacks the nervous system, the heart, and skin cells. The box jellyfish is found in coastal waters of northern Australia and also located across the indo-pacific region.

The boomslang snake is relatively one and is not known to randomly attack humans. However, if disturbed to the point where does attack a human, the venom of the boomslang can be very subtle.

The venom contains an anticoagulant which would prevent a victim’s blood from clotting and can cause a slow and excruciating death. This snake is generally found in Botswana, South Africa, Mozambique, Swaziland, and Namibia

The award for “The World’s Most Venomous Snake” effortlessly goes to the Inland Taipan of the Australian continent.

Just one bite from this dangerous snake contains enough venom to end the lives of 100 human adults or a vast army of 250,000 mice. The venom of the Indian Taipan is at least 200 – 400 times more toxic than that of a common cobra.

Inland Taiwan’s neurotoxic venom will kill any adult human in less 45 minutes. Fortunately, the snake is a very shy type, and there have been no human fatalities documented (all recorded bites were treated with anti-venom).

Usually found hiding in the sandy bottom of tide pools and coral reefs in the Pacific Ocean, the blue-ringed octopus is one of the deadliest creatures in the world. It looks small but has enough venom to kill 25 people in a matter of minutes.

The toxin attacks the nervous system, leading to paralysis and respiratory arrest. There is no known anti-venom, but victims can be saved if artificial respiration is given immediately.

The blue-ringed octopuses are usually found hiding themselves in sandy bottoms tide pools and also in coral reefs in the Pacific Ocean. This octopus is one of the most beautiful but deadliest creatures in the waters. It looks pretty small in size but packs enough venom to end the lives of 25 humans in a few minutes.

The stonefish has been titled the world’s most venomous fish as its dorsal area is packed with 13 spines that lunches venom from two sacs attached to each of its spines.

A single attack from the stonefish can lead to paralysis and even death. The stonefish mostly reside in the tropic of Capricorn.

The marble cone snail looks very beautiful, but it is as deadly as any other poisonous animal that you can ever think of. A single drop of its venom is strong enough to kill more than 20 people.

If you ever find yourself in a warm saltwater environment, which is where these snails are discovered, do well not to be tempted to pick any of them up. The reason why the Snail has its venom is obviously to kill prey and not people, but man must be careful.

The king cobra is not only one of the most famous snakes in the world is it the world’s longest venomous snake cost of a king cobra can grow up to 5.6 meters which are 15.5 feet in length.

The king cobra is known to feed on other snakes, and a single bite from it can kill a healthy human adult within 15 minutes. To describe how intense the venom of the snake is, it can kill full-grown Asian elephants in less than three hours, especially when beating in former rebel areas like the trunk.

The venom of this snake is not as toxic as that of other venomous snakes, but the King Cobra can inject more venom than the black mamba (up to 600 mg) and can cause one of the fastest mortality rates when it comes to any snake bite -typically between 30-45 minutes after envenomation.

The snake is quite widespread, easily found across Southern and Southeastern Asia, living in the dense highland forests.

There are a total of eight species of saw-scaled vipers. They range from the carpet vipers, which are found in Northern and Northeastern Africa to the Arabian Peninsula and the saw-scaled vipers in the Central Asian and Indian subcontinent.

All eight of them are among the deadliest species in the world and altogether account for a large percentage of snake-related deaths in their habitats. The venom of this snake is slow-acting compared to those of other snakes’ but can lead to organ loss if untreated.

You may not think of snails when the talk of poisonous animals arises, but the cone snail or cigarette snail is a particularly toxic creature. These snails are found in the reefs of the Indo-Pacific waters, and their venom is a combination of several different toxins, with no know anti-venom for it.

Found in sub-Saharan Africa, the black mambas are aggressive and fast-moving predators. They have no problems when it comes to attacking humans and may grow up to four meters (14 feet) in length. Victims may die within 20 minutes.

With its grooved incisors, the seemingly calm shrew can deliver a killing bite, with venom that is potent enough to kill 200 mice.

While that may not be enough to kill a human, it causes pain, swelling, and muscle problems. The shrew’s toxins would cause pains and are not worth vexing a shrew to find out.

The Gila monster is not a common one, but it’s one of the most venomous lizards in the world. A bite from the Gila monster isn’t fatal to humans, but it can lead to severe pain, dropped blood pressure, and severe hemorrhaging.

Recovery from its bite can take up to five days.

The male of this waddling Frankenstein of animals is seriously venomous in the pointy spurs of its hind legs.

For humans, the weird cocktail of platypus’s toxins causes excruciating pain that will last for weeks and is immune to the effects of morphine.

This lizard may not have fangs, but this rare lizard chews on a victim until its venomous saliva journey’s through its grooved teeth and into the wound it has formed.

The lionfish is fair in behavior as it announces its toxicity with its precise warning coloration. The venom of this aquatic animal is delivered through the fin rays and can cause a host of problems starting from pain, fever, vomiting, to convulsions, paralysis, and even death.

The outcome of a bite from this Ancient World viper is not pleasant.

Some of the symptoms of this bite are bleeding from a victim’s gums and causes pain for up to one month. The bite can also be quite lethal.

The krait is specifically insidious because it comes with bites that may not lead to any pain or even be spotted if a person is asleep. The venom of this animal is full of powerful neurotoxins. A victim can quickly suffocate to the death between four to eight hours after they are bitten.

This spider has potent venom that is reputedly twice as deadly as cyanide. The result of the toxin on a human includes arrhythmia, increased blood pressure, coma, and death. The poison of the Funnel-web acts fast and can kill a child within 15 minutes.

There is also no anti-venom for the sting of this animal. The toxins of the Irukandji jellyfish can cause fatal brain hemorrhages. Please, leave a comment below if you want to share other poisonous or venomous animals.

Next
16 Animals With Strong Bites in the World 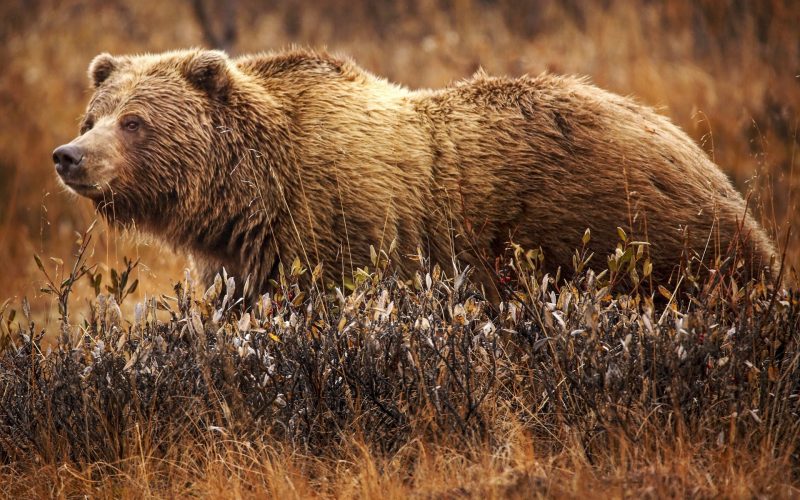 16 Animals With Strong Bites in the World

On average, a man’s bite is about 162 pounds per square inch (PSI)

8 Popular Goat Breeds in the World

There are about 200 perceived popular goat breeds, falling into four classes

300+ Popular and Unique Pig Names for Your Pet

Pigs are wonderful creatures you would want to keep as pets 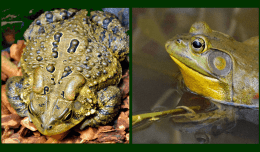 Difference Between a Frog and a Toad

Toads and frogs are both amphibians, and they are comparable from multiple

8 Bear Species in the World

According to fossil records and historical data, there were hundreds of bear