20 Fastest Animals in the World

While humans love to give superlatives such as smartest, fastest, toughest, to creatures of the animal kingdom, these attributes are, in fact, difficult to measure.

For example, there are tales of sailfish moving at 68 mph, but they date to the 1940s and 50s; since then, scientists have concluded that anything faster than 33 mph is likely impossible.

Also, such speed will lead to “destructive consequences for fin tissues”. Nonetheless, we will be listing some of the fastest animals in the world.

The peregrine falcon is frequently said to be able to fly about 200 mph, which isn’t the whole story. It is generally thought to top out at 40 to 60 mph in level flight, easily, but not ridiculously so.

Not during horizontal level flight, but during its characteristic hunting stoop, the peregrine reaches its maximum speed; making it the fastest animal in the world.

The peregrine falcon soars to a great height before stooping, then dives steeply at speeds over 200 mph (320 km/h).

Assuming its overall height is 58 cm, its relative speed clocks during its hunting swoop at 186 body lengths per second, the equivalent of a person running at 170 m/s (560 ft/s).

This falcon looks slightly bland when perched. It is easy to miss it while flying. This common bird flies at a higher pace than any other animal, hitting speeds of 350 km/h. It would do unbelievable damage to our lungs if we were diving at 350 km/h.

The peregrine falcon has special nostrils, allowing it to breathe and control air pressure at the same time. They also have third eyelids that act like windscreen wipers to wipe away dirt (known as nictitating membranes).

The suspicion of this peak speed has been around for years, and some researchers pegged the birds at a more realistic stoop speed of 90 miles per hour in the 1990s.

It wasn’t until the 2000s when with a peregrine falcon, a researcher started skydiving. They were diving together at speeds well in excess of 200 mph.

Golden eagles are magnificent in flight and lethal while diving, and can also change speed effortlessly.

When diving for prey, they cruise at a mere 50 km/h but can easily exceed 240 km/h. While peregrine falcons weigh less than a kilogram, golden eagles are massive species that combine speed and strength; making them one of the fastest animals in the world.

SEE>  25 Animals That Start With H

They can be seen in the semi-desert Sahara regions of Mauritania and Morocco and the Bale Mountains of Ethiopia.

The White ThroatedNeedletail (also known as the spine-tailed Swift or needle tailed swift) is the third fastest animal in the world. It is the fastest flying bird in powered flight in another point of view.

That is, Spine-tailed Swift will not use any supporting forces to make it fly fast, like wind currents. It is originally from Central Asia and Siberia and can reach a maximum flying speed of 105mph.

Spine-tailed swifts have short legs and make their flight smooth with long wings. Breeding in southern Siberia and Central Asia, and wintering south in the Indian Subcontinent, Australia, and Southeast Asia, the white-throated needletail is a migratory bird.

They used to spend most of their life in the sky, using high elevated cliffs to breed in the nest.

Eurasian hobbies are known for their acrobatic abilities. They are so athletic that they can pass mid-flight food to each other as they soar across the sky.

When they catch dragonflies and small birds out of the air, these falcons are thought to be capable of achieving speeds of up to 99 mph (159 km/h).

They prefer open forests, heathland, and pasture, and in Africa, Asia, and Europe they can be found.

All seven of the Mexican free-tailed bats (or Brazilian-tailed bats) tested flew faster than 55 mph, according to a 2016 paper.

However, some scientists who spoke to New Scientist were suspicious of the record saying that the bats may have had gravity or wind aids, but the authors of the study expressed faith in their findings.

It has been claimed that it has the highest horizontal speed (as compared to stoop diving speed), hitting peak ground speed above 100 mph (161 km/h). its actual air velocity has not been calculated.

Nonetheless, it is one of the fastest animals in the world.

The Frigate bird is the sixth fastest animal in the world. Most of their lives are spent flying in the air, sometimes sleeping mid-flight.

From the air or from the water, these sea birds capture their prey. They annoy other birds sometimes, irritating them so much that they cough up whatever fish they eat, and the frigatebird swipes it, NPR says.

All this is achieved by frigatebirds at incredible speeds, reaching an estimated 95 mph (153 km/h) during flight. Below their beaks, males have a distinctive red pouch which they inflate during breeding.

Rock dove (also known as common pigeon or rock pigeon) is one of the fastest animals in the world. Pigeons over a long distance are fast.

We can hardly move around these selfish creatures in European capital cities. The winning pigeon was documented flying at an average of 148.9 km/h (92.5 mph) in one race, above 640 km.

SEE>  What's the Difference Between Venomous and Poisonous?

Pigeons can look fat and lazy sometimes, but they can do more than four continuous hours of 148.9 km/h.

This long-necked waterfowl, predominantly black, has a white face and large patches of white wings.

It is the largest waterfowl in Africa and the world’s largest goose. It often forages for plants in the grasslands and wetlands, but it soars when it reaches the clouds.

It is estimated that the spur-winged goose reached speeds as high as 142 km/h (88 mph).

The Gyrfalcon is the world’s largest falcon. In the open, flying, and high, they normally chase birds and quickly dive down on their prey from above.

In open land, they sometimes hunt birds, often flying high and striking from above. They often pursue their prey quickly and low to the ground, pursuing them from behind.

A grey-headed albatross flying at an average of 78.9 mph (127 km/h) during a foraging trip was reported by French and British researchers working in the sub-Antarctic. “In their report, published in the journal The Auk, they said that during an Antarctic storm, the albatross sustained that speed for almost nine hours “with virtually no rest.

The top speed of the cheetah is about 120.7km/h (75.0mph); making it the fastest land animal in the world. A cheetah’s peak speed is incredibly hard to determine.

One of the fastest reliable records was gotten from a conservationist and the cheetah he raised. He attached some meat to his car and took off, and the cat chased, clocking around 64 mph over the trials.

We go back to the oceans to find sailfish, magnificent creatures that swim easily and hop quicker. Leaping out of the water at a speed of 109.19 km/h (67.85mph), they were clocked. Their pace is not, however, matched by endurance.

Sailfish are hunted by the fastest large predator in the ocean, shortfin mako sharks.

For short distances during mating dives, this little critter can fly at 61 mph. The fact alone is amazing, but by body lengths per second, this hummingbird is a strong contender for the fastest vertebrate.

In contrast, the space shuttle reentering the atmosphere flies at about 207 bl/s. It will have to orbit the entire world in about an hour for a blue whale to equal the relative velocity of this hummingbird.

Swordfish (also known as broadbills) in some countries is a large, predatory fish, highly migratory and distinguished by a flat, long, pointed bill.

These fish are commonly found in the Pacific, Atlantic, and Indian Oceans in the temperate and tropical regions. Mainly, to capture its prey, the swordfish relies on its great speed and agility in the water.

SEE>  13 Animals With the Best Hearing (With Pictures)

It is certainly among the fastest fish, but the source for the 97 km/h (60 mph) often cited speed is inaccurate.

Springbok, bordering the Southern African plains, is a majestic sight when in full flight. It was measured at 88 km/h (55mph), slightly slower than the Pronghorn.

Although springbok are more agile and can turn sharply to avoid predators, Pronghorn can maintain their pace over long distances.

There are some animals at the bottom of the list that moves at the same pace. One of these is the quarter horse, which is usually quicker than its most common thoroughbred relatives, at least a quarter-mile away; making it one of the fastest animals in the world.

Its name comes from its ability to outdistance other breeds of horses in races of a quarter mile or less; some were clocked at speeds of up to 88.5 km/h (55 mph).

The lion is the world’s fastest big cat (a cheetah is not a big cat) with a maximum speed of 80.5 km per hour.

The lion is the only one of the big five species to make this list of fastest animals in the world. The lion can only manage its maximum speed for short bursts, like the cheetah, which means they need to stalk near their prey and function as a team to ensure a successful hunt.

Before heading in for the kill, lionesses must get extremely close to their prey. Rather than just speed, they prey with skill and stealth. One common tactic is to run full speed at their prey for half of the pride.

The blackbuck, also known as the Indian antelope, is found throughout southern Asia in Nepal, India, and Pakistan.

For over 1.5 km, they are able to maintain their maximum speed of 80 km per hour, aided by their immense 6.5-meter strides. Unfortunately, because of the impressive male horns, blackbucks are a popular trophy animal for hunters.

The Blue wildebeest is a mammal native to southern and eastern Africa that consumes grass. They grow up to 1.30 meters in height. Blue Wildebeest can reach speeds of up to 50 mph with powerful legs and shoulders.

Typically, the Blue Wildebeest is found in groups. In the dry season, they migrate to wetlands in search of grass. Blue Wildebeest used certain animals that pursue the same migratory route (for example, zebra) to be alarmed by predators. 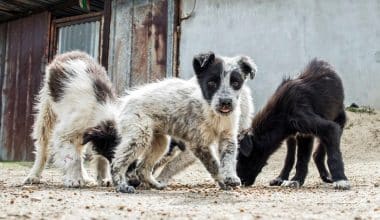 Read More
MMore
Stray animals are everywhere around us and in every part of the world. The exciting thing about these… 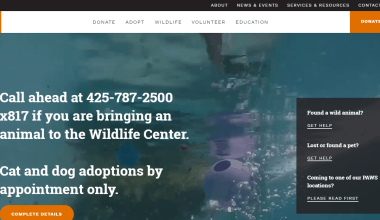 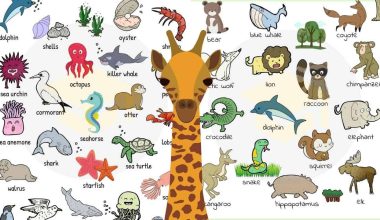 Read More
MMore
Nature has blessed us with numerous creatures that come in different shapes and sizes. These creatures include animals… 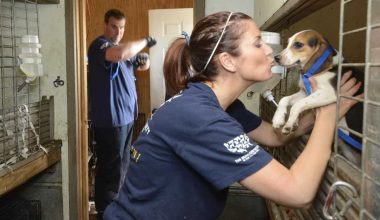