China has a long history of domesticating dogs, dating back over four thousand years.

Over the centuries, the country has developed a fantastic array of dog breeds, many of which are unrecognizable by Western standards.

Because they’re so radically different in appearance and size from your average Labrador or Shih Tzu. Here’s our list of Chinese dog breeds you didn’t know existed!

You might not see them on the streets here in America, but if you visit China or take up dog breeding as a hobby, some breeds could make great pets for you or your family!

Though they make excellent watchdogs, they are also known for being very loving and affectionate towards their families.

If you’re looking for a hypoallergenic breed that doesn’t shed much, the Lhasa Apso might be the perfect fit for you!

The Tibetan Spaniel is one of the cutest Chinese dog breeds you probably didn’t know existed! These pups are known for their oversized, fluffy coats and playful personalities.

Tibetan Spaniels make great family pets and are sure to bring a smile to your face. If you’re looking for a new furry friend, check out the Tibetan Spaniel!

The Japanese Chin is a small, elegant dog with a distinctly royal history. Though their exact origins are unknown, it’s believed that they were brought to Japan from China as gifts for the imperial family.

These Chinese dog breeds were prized for their companionship and were often seen in the arms of high-ranking officials and nobles. Today, the Japanese Chin is still considered a sign of luxury and status, but they make great pets for any loving home.

The Pekingese is one of the most popular dog breeds in China. They are small, affectionate dogs that make great companions.

Also, the Pekingese are known for their loyalty and intelligence. Though they may be small, they are fearless dogs that will stand up to anyone or anything they perceive as a threat.

The Chinese Crested is a small, hairless dog originating from China. Though they are hairless, they may have a few tufts of hair on their head, tail, and feet.

They come in two varieties: the Powderpuff, which has a full coat of soft hair, and the Hairless, which has no hair. These dogs are playful and loving and make excellent companion animals.

The Shih Tzu is a small dog breed originally from China. They are among the oldest Chinese dog breeds, known for their long lifespan and loyalty.

Shih Tzus have a distinct appearance, a long coat that can be either straight or wavy, and large, expressive eyes. They are good companion dogs and do well in apartments or homes with small yards.

The Pug is a breed of dog with a wrinkly, short-muzzled face and curled tail. The breed has a fine, glossy coat in various colors, most often fawn or black, and a compact square body with well-developed muscles.

Pugs were brought from China to Europe in the sixteenth century and were popularized in Western Europe by the House of Orange of the Netherlands. Pugs are intelligent and loyal dogs, making them excellent companions.

The Chinese dog breeds are medium in size with a double coat that can be either straight or wavy. They come in various colors: black, white, brown, and gold. Tibetan Terriers are intelligent and trainable, making them good pets for families.

The Manchurian Hairless is a small to medium-sized dog originally bred in China. They are an alert and active breed that is good with children and other animals.

The Manchurian Hairless is a hairless dog, but they may have some fuzz on their head and tail. They come in various colors: black, blue, brown, and red.

The Formosan Mountain Dog is a large, primitive breed of dog native to the island of Taiwan. Also known as the Taiwanese Canis or Taiwanese Native Dog, this breed is among the rarest in the world. Though they were once used for hunting and guarding, they are mostly kept as companion animals.

Meanwhile, Formosan Mountain Chinese dog breeds are loyal and protective of their families but can be suspicious of strangers. They are intelligent and trainable but need firm, consistent handling.

With their thick double coats, These Dogs are well-suited to cold weather but can suffer in hot climates. These dogs typically live 10-12 years.

The Chuandong Hound is an adorable breed of dog that is native to China. These Chinese dog breeds are known for their loyalty and affectionate nature, making them great companion animals.

SEE>  7 Most Popular Hairless Cat Breeds in the World

They are also relatively low-maintenance in grooming, which is another plus. If you’re looking for a cute and cuddly dog breed that originates from China, the Chuandong Hound is a great option!

The Chongqing Dog is a medium-sized, short-coated dog native to the Sichuan province of China. This breed is also known as the Chinese Mastiff. The Chongqing Dog has a long history, dating back over 3,000 years.

These Chinese dog breeds were initially bred for hunting and guarding. They are still used for these purposes but are also popular companion animals.

In addition, the Chongqing Dog is loyal and protective of its family. It is an intelligent breed that is easy to train.

The Bone Mouth Dog is a small breed of dog native to China. This breed, also known as the Chinese Crested Dog, is a famous companion dog.

The Xiasi Quan, also known as the Chinese Shar-Pei, is a dog breed from China. The breed is known for its wrinkly skin and blue-black tongue. The Xiasi Quan is a loyal and protective breed that makes a great family pet.

Here are four things you should know about the Xiasi Quan:

The Shaanxi Xian Hound is an ancient breed of dog used for hunting in China. These dogs are rare, and they are not often seen outside of their home country. They are medium-sized dogs with short, smooth coats. The most distinctive feature of these Chinese dog breeds is their long, curved tails.

Laizhou Hongs are one of China’s oldest and most famous Chinese dog breeds. They are known for their loyalty and obedience and make great family pets.

In addition, Laizhou Hongs are medium-sized dogs with short, dense coats that can be either black or brown. They have a broad head and a square muzzle, and their ears are erect and pointy. They are active dogs who need plenty of exercises but are also knowledgeable and trainable.

The Chow Chow is a storied breed of dog that has been around for centuries. These dogs were initially bred in China and had a long and rich history.

SEE>  American Kennel Club (AKC): Everything You Need to Know

Though they may be best known for their distinctive blue-black tongues, Chow Chows are quite versatile dogs. They can be either short- or long-haired and come in various colors, including red, black, cream, and blue.

Though they may have a reputation for being aloof, Chow Chows are loyal and protective dogs that make great family pets. The Chow Chow is a perfect choice if you’re looking for a unique dog breed with many personalities!

The Tibetan Kyi Apso is a Chinese dog breed often considered one of the cutest. They are medium-sized, with a thick coat of fur that can come in various colors.

They are known for being friendly and loving and make great companion dogs. Tibetan Kyi Apsos Chinese dog breeds are also very intelligent and can be trained to do various tricks. If you’re looking for a new furry friend, the Tibetan Kyi Apso is worth considering!

The Kunming Wolfdog is a beautiful breed of dog that is native to China. These dogs are loyal and protective, making them great family pets.

Also, they are intelligent and trainable, which makes them good candidates for working dogs. Kunming Wolf Dogs have a thick coat of fur that helps protect them from the cold weather in their native region. If you’re looking for a unique and loving companion, consider adopting a Kunming Wolfdog!

A giant dog breed with a thick coat that comes in many colors. They’re known for being loyal and protective, and they make excellent guard dogs.

Tibetan Mastiff Chinese dog breeds are also very independent, so they’re not the best breed for first-time dog owners. The Tibetan Mastiff is an excellent choice if you’re looking for a big, fluffy, and friendly dog.

What is the Cost of Chinese Dog Breeds?

While there is no definitive answer, the average cost of a Chinese dog breed can range from $500 to $2,000. This wide range in price is due to several factors, including the size and reputation of the breeder. For example, when it comes to purebreds, toy breeds are typically cheaper than large breeds like mastiffs or Newfoundlands.

Though not as well-known as other Asian dog breeds, Chinese dog breeds have a long and varied history. From the tiny Shih Tzu to the large Chow Chow, there is a Chinese dog breed to suit every taste. If you’re looking for a new furry friend, why not consider one of these adorable pups? 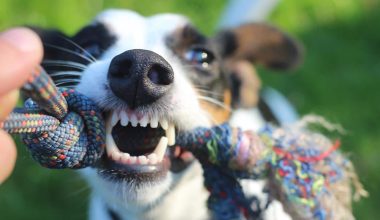 Read More
DDogs
The world of dogs can be dangerous, and people are often the victim of dog attacks. According to… 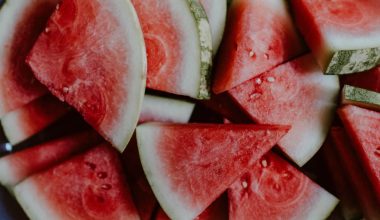 Read More
DDogs
Can dogs eat melon? That’s one of the most common questions owners have, especially when their pet has… 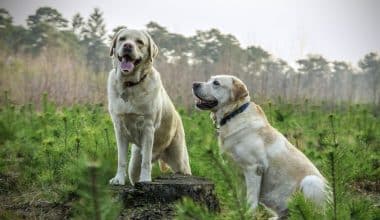 Read More
DDogs
Are you looking for a furry friend that starts with the letter F? If so, you’re in luck!…
DDogs
There’s so much disarray around Pit bulls. First of all, a pit bull is not a particular breed.… 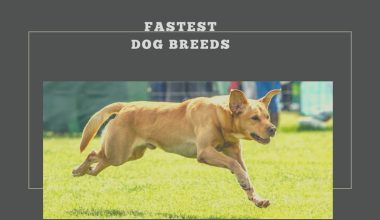 Read More
DDogs
You may be familiar with a few fast dog breeds, but can you name the top ten fastest…