Small goat breeds have gained popularity as pets for many different reasons, including the fact that they are sociable, curious, and cute.

Most small Goat Breeds have a knack for winning people’s hearts. This collection of lovely small goat breeds has something for every family, whether you want a goat to milk, an adorable lawnmower, or a pet for the house. You will surely find the breed that is right for you and your loved ones.

Small goat breeds are not for everyone, nor do they fulfill the requirements of every goat operation. Neither of these things can be said about standard goats.

Which types of goats are the tiniest and most endearing to look at? There are a few kinds of little goats, and their family trees show that they are descendants of Pygmy or the Nigerian Dwarf. This article features nine small goat breeds, and they are all listed here.

People also refer to Pygmy goats as Cameroon Dwarf goats. These goats are indigenous to West Africa. The average height at the withers, where they stand, ranges between 15 and 20 inches, making them the smallest breed of goat that you can purchase.

Although they are popular across the United States as pets and backyard milk goats, Breeders mainly raise pygmy goats for their meat in their original territory.

Pygmy goats are short and stocky, and while they are prevalent in the United States, they are more common in their native region.

They can survive in practically any environment and have a high level of resistance to various kinds of parasites (like the barber pole worm).

They are sociable, playful, and mild enough that the children can easily take care of them. This is true of many goat breeds, notably the smaller ones.

Depending on the time of year, pygmy goats have a complete coat of hair from medium-length to shoulder-length.

One other species of goat that originated in West Africa, the Nigerian Dwarf, is now widely kept as a pet in the United States, making it one of the breeds with the highest demand. They are practically anywhere, and they make fantastic companion animals.

The Nigerian Dwarf’s maximum height ranges from 17-21 inches, placing them in a category that is only marginally above the Pygmy goat. The average weight for both males and females is 75 pounds.

Because of their small stature, Nigerian Dwarf goats are excellent companion animals but are also quite productive as dairy goats.

The butterfat level of the milk produced by Nigerian Dwarf goats is significantly higher than that of other dairy goat breeds, ranging from 6-10%.

In contrast, the butterfat content of milk produced by other dairy goat breeds is only about 4% on average.

Because of its higher butterfat content, Nigerian Dwarf milk tastes sweeter and less “goaty,” It also enables the production of more cheese and butter per gallon of milk than other types of milk.

Goats of the Nigerian Dwarf breed are famous for their friendliness, lovability, and gentle nature. They make interesting pets, and even the process of breeding bucks has shown to be manageable for novice owners.

Because people breed so many Nigerian Dwarfs in the United States explicitly as pets, anyone interested in purchasing a milk-producing goat needs to inquire about the goat’s lineage.

The crossing of a full-sized goat breed with either the Pygmy or the Nigerian Dwarf resulted in the creation of a large number of small goat breeds. Many of these hybrids are among the “first generations” and are recent additions to the market.

The Kinder could be an excellent option for you if you have an interest in keeping a goat for either its milk or its meat (or both), as it is of a manageable size.

However, compared to other full-sized productive breeds, Kinder goats are on the smaller side despite being larger than the Pygmy and the Nigerian Dwarf.

The Pygmy and the Nubian goat were used in the breeding process to generate the Kinder. The full-grown weight of a kinder goat is from 115 to 135 pounds, and their height at the withers is only 23 to 25 inches.

The Kinder breed of goats is a true dual-purpose breed because they are efficient in both the dairy and the meat industries. Because of its stocky shape and rapid development rate, the Kinder is an excellent choice for a meat goat.

It may gain 0.3–0.4 pounds daily, making it an extremely successful investment. Kinders are also quite successful when used as dairy goats since they can produce up to 1 gallon of milk per day that contains more than 6% butterfat.

Kinders are quiet, kind, and courteous, making them easy to manage. Because of its temperament, the Kinder is another breed of goat that is quite popular among young people.

SEE>  400+ Goat Names to Consider for Your Pet Goat

Miniature Nubians typically mature to a height of between 23 and 31 inches and a weight of approximately 100 pounds.

Mini Nubian goats produce as much milk as their adult Nubian parent, although they are just slightly larger than the usual Nigerian Dwarf goat.

They are feed-efficient dairy goat that requires significantly less food to maintain their production, and their stature makes them ideal for tiny homesteads.

The Pygora is the result of breeding the Pygmy goat with the Angora goat, which is well-known for the luxurious, long fibers that cover its body.

At maturity, Pygoras range in weight from 65 to 95 pounds and height from 18 to 23 inches. Depending on their lineage, Pygoras may have long, lustrous fiber, cashmere-like softness, or a fleece that is a blend of all three.

The other two types of coats naturally shed once a year without assistance, while those with long Angora fiber need shearing regularly (typically twice a year).

Farmers keep Pygoras as pets for their fiber, even though their milk is a potentially marketable product. They have quiet demeanors, are quite docile, and get along very well with children.

Pygoras and Nigoras are comparable in that they were both derived from the Angora goat at some point in history. The only significant distinction is that Nigoras trace their lineage back to the Nigerian Dwarf rather than the Pygmy goat.

They grow to a height of between 19 and 29 inches and weigh slightly more on average than Pygora does on average.

Nigoras have the gorgeous fleece of the Angora, the friendly personality and petite stature of a pet goat, and they supply an abundance of butterfat-rich milk thanks to their Nigerian Dwarf heritage. They offer the best of both (really, the best of many) worlds.

The milk production of Alpine goats is among the highest of any other type of goat. The Mini Alpine is the result of a hybrid between the Alpine and the Nigerian Dwarf, which is more compact and productive. Mini Alpines are known for their abundant milk production despite their more manageable stature.

They mature to a height of about 28 and 29 inches, making them around the same size as the Miniature Nubian.

A purebred Alpine is crossed with a purebred Nigerian Dwarf to produce a Mini Alpine, which is a more recent breed that is actively being developed.

When cross-breeding a full-sized breed with a smaller one in this fashion, the buck must always come from the smaller breed.

This is because the offspring will be smaller. It’s dangerous to breed a full-grown buck with a younger doe since it can lead to terrible birthing difficulties.

If you intend to breed your own goats, you must be able to identify when your female goats are in heat and prepared to become pregnant to produce them successfully.

The long-haired Myotonic, also known as the Tennessee Fainting Goat, was crossed with the Nigerian Dwarf to generate the Mini Silkie breed.

The end product is a little goat with long, silky hair that is easily spooked and passed out. At maturity, Mini Silkies stand between 22 and 26 inches tall and weigh between 50 and 80 pounds. They are kind and have a kind disposition, and their coats are long and luscious.

Although it is possible to keep a Mini Silky as a meat goat, in theory, most people prefer to keep them as pets because of their playful nature.

Mini Silkies are genetically predisposed to “faint” when startled or frightened. The myotonic gene causes this. When the goat is frightened, this gene triggers a muscular contraction lasting anywhere from ten to fifteen seconds.

The contraction of the muscles causes the goats to become immobile and force them to fall over. This is a harmless condition, and the fact that it makes the goats easier to catch can actually work to the handler’s advantage.

It would be best if you never subjected your animal to something that would give them an unhealthy amount of anxiety in its lifetime.

Some farmers wanted their yearling LaMancha to have shorter pregnancies and easier births, so they bred them with Nigerian Dwarf bucks and then sold the kids as meat.

This resulted in simpler births and shorter pregnancies. The Miniature LaMancha, also known as the Mini Mancha, came to the limelight after farmers realized how valuable combining high milk production with a high butterfat content and low feed requirements would be.

Miniature Manchas can be anywhere in size between a Boxer and a Saint Bernard, with their height ranging from 20 to 39 inches.

These small goat breeds tend to have calm manners on the milk stand and can produce half a gallon to a gallon per day, which is more nutritious than the milk produced by conventional dairy goats.

Because of their easygoing nature and friendly demeanor, Mini Manchas are an excellent fit for the urban dairy.

Other small goat breeds, such as the Mini Nubian, Mini Alpine, Mini Oberhasli (or Oberian), Mini Toggenburg, and Mini Saanen or Sable, came about by crossing the Nigerian Dwarf with a full-sized dairy goat. These goats are all smaller than the Nigerian Dwarf. 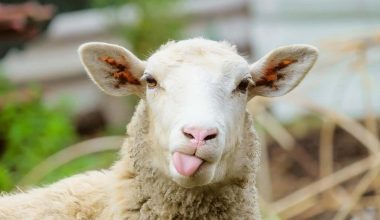 Read More
BBovidae
If you are looking to get a pet that’ll love you and bother you less, you should probably… 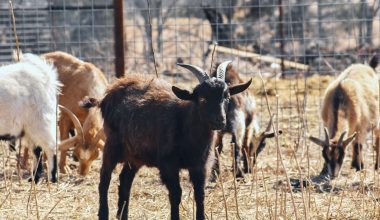 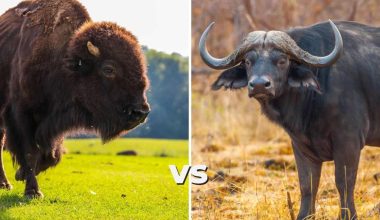 Read More
BBovidae
The terms bison and buffalo have often been used interchangeably. Some people don’t seem to notice the difference… 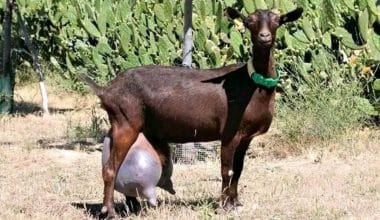 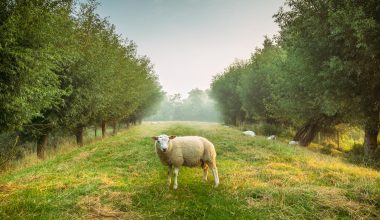