What are the Dog breeds with the longest lifespan? Dogs have become part of our lives over the last Century.

Additionally, they’ve evolved from being working animals to companions who enrich our daily lives. The American Kennel Club (AKC) has registered over 200 different breeds of dogs.

There are several reasons why some dogs live longer than others. Some breeds tend to be healthier and less prone to certain diseases. Others are born into better conditions.

Although having a dog is a beautiful experience, one of the most challenging aspects of having a canine companion is that you’ll eventually have to say goodbye.

Dogs live between ten and thirteen years on average. Of course, a balanced diet, regular exercise, and excellent medical care can all contribute to your cherished pet’s long and happy life.

But ultimately, heredity is one of the main elements affecting a dog’s lifespan.

The top 15 dog breeds with the longest lifespan are examined in this article.

The Chihuahua is a small breed of dog native to Mexico. They were originally bred as hunting dogs, but today, they’re most commonly used for companionship.

Their short coat makes them easy to groom, and their tiny size means they don’t take up much space.

They typically weigh around five pounds and stand about nine inches tall at the shoulder. Their life span is between 15 to 20 years.

Malteses are one of the dog breeds with the longest lifespan. These dogs originated in Malta, where monks bred them to help keep watch over the monastery.

Today, they’re known for their friendly personalities and gentle dispositions. These dogs are also brilliant and trainable.

They make great family pets because they love attention and will do anything to please their owners.

They typically weigh between eight and twelve pounds and stand about 12 inches tall at the shoulder. Furthermore, the life span of Maltese is between 12 to 15 years.

SEE>  Can Dogs Get Hiccups?

The long hair, tiny stature, and loud, squeaky bark of the Lhasa Apso breed make it simple to identify.

Despite their size, they make excellent guard dogs since they are pretty simple to train yet tend to be wary of strangers.

Additionally, they have survived over the years and can live up to 20 of them because of their cautious nature. Furthermore, they have a life span of 12-15 years.

This dog was developed in Germany during the 18th Century. Its name comes from the German word “dachshund,” which translates to “little hound.”

It’s an energetic breed that loves to play and run. These little dogs are usually under 10 pounds and stand approximately 13 inches tall at the shoulder when fully grown.

Because of their small size, they require minimal grooming and are good candidates for apartment living. Furthermore, they have a life expectancy of 11-14 years.

Poodles are also one of the dog breeds with the longest lifespan. They are often called the “gentle giant” of the dog world. They are affectionate, loyal, and playful.

Some people even consider them to be more human than canine. Furthermore, Poodles are generally considered to be hypoallergenic and low maintenance.

They typically weigh anywhere from 25 to 45 pounds and stand around 14 inches tall at the shoulder, making them ideal for apartments or homes without large yards. Poodles have a life expectancy of 12-16 years.

Australian Shepherds have long served as men’s companions. These pups are noted for their activity and thrive when given responsibilities to fulfill.

Additionally, they have evolved from magnificent hunting dogs into superb herders. These puppies can live up to 18 years.

However, Bluey, an Australian Shepherd puppy that lived to be 30, was the world’s oldest dog. He died in 2004 after being hit by a car.

Pomeranians are reputed to be friendly but occasionally a little overpowering.

Furthermore, these canines may act as little guard dogs because they are typically incredibly devoted to their families.

Despite their tendency to be feisty, with constant training, they can be made into wonderful family pets that can live for 16 years or longer.

Bulldogs are known for their big heads and short legs. However, they’re not bad-looking dogs at all. They’re pretty cute.

These dogs are generally happy and easygoing, although some individuals might find them stubborn.

Additionally, they are highly protective of their families. However, bulldogs have a life expectancy of 8-10 years.

Next on our list of dog breeds with the longest lifespans is Miniature Schnauzers. This dog has been bred as a companion and watchdog for centuries.

However, this pup is also used as a herding dog. Additionally, it’s an intelligent breed that requires little exercise. Miniature Schnauzers can live up to 12- 15 years.

Cockapoos are a cross between a cocker spaniel and a poodle. They were created in the early 1900s. This particular breed is known for its intelligence, loyalty, and friendliness.

In addition, they love to snuggle and cuddle. Moreover, they make excellent watchdogs. Additionally, Cockapoos can live up to 14 years.

One of the dogs’ most significant life expectancies is the Beagle, a breed distinguished by its puppy eyes and long, floppy ears.

Additionally, the average Beagle will live between 12 and 18 years, making them an excellent choice for a family companion.

Butch, a Beagle who lived for an incredible 27 years, held the record for the longest lifespan. Beagles frequently experience back issues as they get older.

If you keep a beagle as a pet, try to keep them from overeating and ensure they get lots of activity to help prevent back problems.

The Pug is one of the most popular dog breeds with the longest Lifespan in North America. It’s a small, sturdy dog often mistaken for a terrier.

Although it does require regular grooming, it’s a very loyal and affectionate dog. Moreover, the Pug is a good watchdog. Additionally, they tend to live between 10 and 13 years.

The Jack Russell Terrier was developed as a working dog, which accounts for its energy and drive.

However, they are now beloved household pets with an average lifespan of between 16 and 20 years.

The Jack Russell Terrier is a devoted dog that enjoys spending time outside. Owners with many outdoor areas are most suited to enjoy their long lives.

The Boston is a tiny, active dog that belongs to the Terrier family and has an average lifespan of 14 to 16 years.

Despite being bred initially as fighting dogs, they are now regarded as some of the most loving and gentle pets.

This breed may have vision issues because of its vast, protruding eyes. Some suggest purchasing a visor for this breed to shield their eyes from harm and enable them to live long and happy lives.

We are rounding off our list of dog breeds with the longest lifespan. Small dogs of the Chow Chow breed have a distinctive appearance.

Additionally, they have a muscular build, a mane of hair, and a double-thick coat that gives them a teddy bear appearance rather than a dog one.

Chows are not as cuddly as you may imagine, so their appearances can be deceiving.

Additionally, they are independent creatures that are very suspicious of strangers but will show unwavering loyalty to the appropriate person. 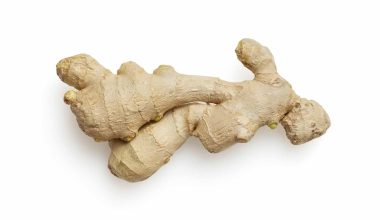 Read More
DDogs
Ginger, the spice used in many Asian and Indian dishes, can benefit humans. It has been shown to… 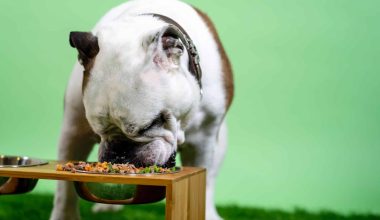 Read More
DDogs
Essential nutrients must be included in a Pitbull’s diet while feeding the dog. A lack of nutrients in… 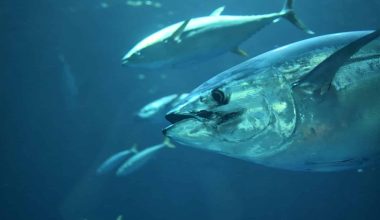 Read More
DDogs
The short answer to this question is yes, but you should know a few things: how can dogs… 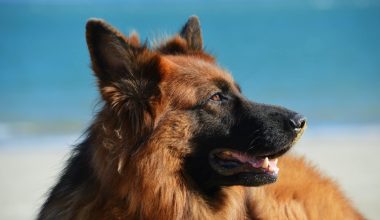 Read More
DDogs
Having a dog that never sheds at some point is impossible. The best one can hope for is… 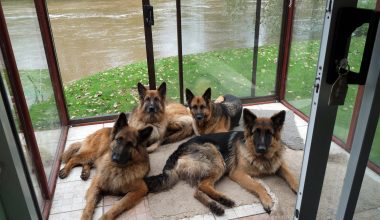 Read More
DDogs
One of the most well-known dog breeds in the world is the German Shepherd. However, did you know…