What Are the Pros and Cons of Zoos?

What are the pros and cons of zoos? A zoo is a facility where wild animals are housed for public observation and scientific research.

A zoo’s main goals are teaching, conserving, and expanding its collection of endangered or threatened animal species (Jamieson).

Animals from around the world have been kept in an enclosure where we can observe and learn about these beautiful creatures.

As good as this may sound, we will examine the pros and cons of zoos in detail.

The public is consequently very concerned about captivity’s physical and psychological effects on wild animals.

To determine whether it is moral to keep animals in captivity, this article evaluates the pros and cons of zoos.

We’ll also check to see if zoos offer the best facilities for housing animals in captivity.

Pros and Cons of Zoos

1. Zoos serve as a resource for education.

Children and families can learn a lot about the various creatures that live in our world by visiting a modern zoo.

A zoo’s staff will visit nearby schools to provide presentations, hold special events on the zoo’s property, and collaborate with local service providers to increase educational opportunities for everyone.

Whatever one’s socioeconomic standing, one can learn something new thanks to a zoo’s work.

2. A zoo offers a haven for creatures in danger of extinction.

Numerous animals are commonly targeted for poaching due to certain things. These animals have a safer environment to live in a zoo since they are protected on many different levels.

Although poachers have previously broken into zoos to steal animals, this rarely happens and is mostly unsuccessful when it does.

3. Zoos can be a location where unique creatures are treated humanely.

This rare species can survive because of major breeding programs and an effort to reintroduce these horses into protected places in the wild.

Since it contains 66 chromosomes instead of 64, it is a rare horse breed. Today, there are more than 1,500 of these horses, all of which can be linked to the 13 that were taken prisoner at the close of World War II.

4. Zoos can also be a community’s economic resource.

Zoos do more than just give animals a place to live. They are a location that generates employment, develops tourist attractions, and sometimes even serves as a community’s economic hub.

The annual budget for Seattle’s Woodland Park Zoo surpasses $36 million, and they pay $17 million in salaries.

Contract payments made to other vendors total another $5.2 million. The zoo was founded in 1898, and today, individual donations and zoo visits account for 70% of its revenue.

SEE>  15 Bird Names That Start With U

5. Zookeepers have particular training and information about the creatures they care for.

Zoos used to be places where animals were housed behind bars. The people in charge of these animals had a basic understanding of maintenance but little else.

Today’s zookeepers are highly skilled, educated individuals with in-depth knowledge of the creatures they are responsible for.

Especially when handlers adhere to set norms and procedures to protect safety, this has decreased accidents and attacks.

In previous generations, animals held in zoos were given a cage and perhaps one or two toys, which was considered “cutting edge.”

The animals are given activities to keep them intellectually active. While this doesn’t entirely replace migration or hunting, it does stop the animal from becoming bored, deteriorating, and eventually degrading in the zoo.

7. Most zoos must go through some form of accreditation procedure.

The claim that zoos are unnecessary is one of the most frequently used reasons against their existence.

This used to be a true observation. To continue operating, zoos in developed nations must undergo an accreditation process.

Animals may be moved to another zoo that satisfies the requirements if a zoo cannot meet them and risk losing its accreditation.

Zoos from all over the world collaborate to protect rare and critically endangered species.

With the help of these links, a pair of these creatures can be brought together to start a mating relationship to preserve the species.

The outcome might be drastically different if these endangered species were forced to meet in the wild.

9. The majority of zoos have easy access to veterinary treatment.

Many zoos contain what are known as “therapy rooms.” Any animal can be brought here for a checkup to preserve its good health. In these facilities, veterinarians are no longer working independently.

Pathologists, technologists, zookeepers, and other specialists who can develop and manage almost any care plan are part of treatment teams.

10. Zoos and universities are collaborating to create comprehensive degree programs.

One organization that has collaborated with regional colleges and universities to develop comprehensive degree programs at the graduate and doctoral levels is the Smithsonian National Zoo.

To teach veterinarians to become specialists in zoological medicine, the National Zoo offers a 3-year residency program for another school and a training program for fourth-year veterinary students.

1. It is unethical to keep any animal in captivity.

A zoo might have educational value, but keeping animals in captivity presents an ethical conundrum.

The average age of an orca kept in captivity is less than 30 years, which is 17 years for a male orca. Orcas can live up to 100 years in the wild.

Wild animals find it difficult to adjust to a small space, yet many can – even if it is imposed upon them.

The same cannot be stated for young animals that become part of regional zoo breeding programs.

Most animals born in captivity that belong to a predator species will perish if they are freed due to their need for captivity.

3. The majority of zoos are thought to be seen as amusement parks.

Most zoos were founded in the 19th century, in both good and poor ways, to advance scientific knowledge of the natural world that surrounds us.

Over time, that has altered to the point where people now view zoos as entertainment centers.

Established zoos cater to this mindset and defend it because they require money to support ongoing research or preservation efforts.

4. Human life is more important than the lives of animals.

Visitors sometimes do not respect the limits and boundaries that keep them safe from potentially hazardous animals because zoos are more commonly considered recreational facilities.

The animal’s life is typically in danger if visitors enter the animal enclosure. A 3-year-old boy who was left unattended for a long enough period of time to crawl into a gorilla enclosure in 2016 is an instance of this.

The zoo murdered Harambe, a male gorilla, to save the boy.

5. Even if an animal lives long in confinement, it might alter its behavior.

Due to their size in relation to their confinement, elephants are frequently the subject of this important point.

Because elephants are migratory creatures, suppressing this instinct may make them more aggressive.

When their lifespan in the wild is 70 years, more than 75 elephants were put to death at zoos before they were 40.

Zookeepers and visitors are more at risk because predatory animals become more hostile when confined.

6. Due to financial difficulties, several zoos can no longer provide their animals with the required care.

One of the top zoos in the US is considered to be the Woodland Park Zoo in Seattle.

They spent $2 million more than they brought in revenue in 2015. However, their standing as a 501c3 nonprofit can serve to act as a safety net in years where losses of that nature happen.

Other zoos are less fortunate. Numerous zoos put healthy animals to sleep due to the expense of or to “preserve” genetic health.

A wildlife sanctuary in Agate, Colorado, put all 11 of its animals to sleep after being told they couldn’t move their facilities due to “ongoing floods.”

7. Conservation is only sometimes a sought-after objective.

When it comes to animal species, conservation is the main objective of most zoos.

Undoubtedly, there are success tales, like the Przewalski horse. Unfortunately, rather than serving as a true mission statement, this objective often serves more as a marketing strategy.

It is not unusual for offspring born at one zoo to be transferred to another, sold to make money, or, in the case of the Giant Panda, employed as a financial asset for an entire nation.

8. Even natural habitat enclosures can only partially meet all of an animal’s demands.

Many contemporary zoos aim to imitate the animals’ natural habitats in their enclosures.

Within the walls of a zoo, this is essentially impossible for some animals, like the elephant.

Elephants are known to cover between 30 and 50 kilometers per day as a herd (or memory).

You can see them congregating in herds of at least 40 animals in the wild. It is impossible for a tiny zoo to mimic that ecosystem.

9. Zoos could unintentionally set a bad example for future generations.

The grown-ups in a child’s life teach them. When they visit a zoo, they observe that it is acceptable for people to confine animals for entertainment.

A zoological program’s scientific and preservation aspects must be explained to all visitors for their zoo experience to be worthwhile.

Unfortunately, most visitors to zoos only come to see the animals; this demonstrates that watching prisoners can be entertaining and may impact how they regard people.

10. Breeding strategies do not ensure the survival of species.

The Giant Panda is an excellent example of how challenging captive breeding projects can be.

Only 30% of the Giant Pandas kept in captivity up to the 1990s could have offspring. At birth, more than 60% of the cubs would pass away before reaching adulthood.

Since then, survival rates have increased to over 70%, primarily due to artificial insemination and husbandry measures that effectively make the newborn cub dependent on people for the rest of its life.

Sometimes a zoo is really important for the animal’s existence. Then there are the situations where we attempt to gain from their predicament.

The way we treat other species speaks more about who we are than it does about the animals we maintain, even though we may be discussing creatures who may not have the same level of conscious thought as humans.

When zoos are adequately funded to meet the needs of their animal population, they can succeed.

They must always have staff members on duty who know what is necessary for a secure environment.

There is always a certain amount of risk involved because even highly trained individuals might mistakenly open a lock or get themselves into risky situations involving carnivorous animals.

The pros and cons of zoos frequently rely on whether you consider an animal to be property or a free-living being. There are instances in which wild creatures ought to remain that way.

This option might be the next best thing if that option is no longer available. This brings us to an end of the pros and cons of zoos. Happy reading! 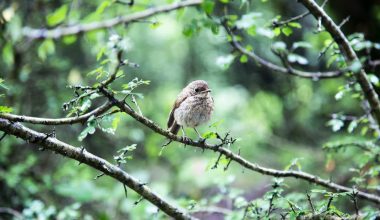 Read More
BBirds
Are you looking for unique and eye-catching bird names that start with the letter O? Look no further!… 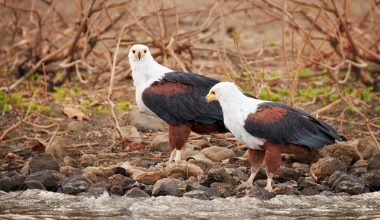 Read More
BBirds
Eagles are some of the most incredible birds of prey in the world. They are large, powerful, and… 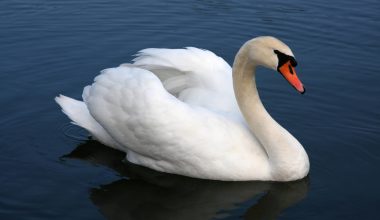 Read More
BBirds
There are birds, and there are the largest birds that roam the earth. If you have seen a… 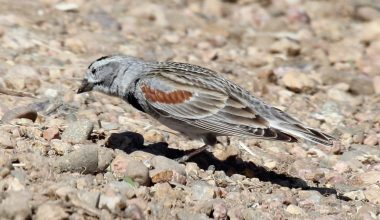 Read More
BBirds
Whether your new pet bird is a parrot, parakeet, cockatiel, or a different winged species, you’ll experience a…