Guinea pig is a favorite pet for folks looking for a different animal outside of dogs and cats. It’s a special kind of rodent, and it is popularly known as Cavia porcellus.

They used to be wild animals, but they are now domesticated. You can hardly find any wild species in the world today. It originated from South America.

There are many interesting facts about Guinea pigs and it will help you a lot if you learn these facts. These can help you take care of the breed.

Here are the 14+ most interesting facts about guinea pigs.

1. Where are guinea pigs from?

PS: Guinea Pigs Did Not Originate from Guinea

The ‘pig’ is not from the country Guinea, and it is not a pig. If you’re curious where did guinea pigs come from, well just know that they didn’t originate from Guinea. Rather they originated from South America. Guinea pigs are used in South America for various customary purpose and they can serve for religious purpose.

2. Depend a lot on Vitamin C

Guinea pigs depend on vitamin C and that is why they need doses of it. It is needed to make up their diets.

3. They chew every time

They have twenty teeth and because of that, they chew every time. The pig can be distinguished by its triangular and smaller mouth and has twenty teeth. They keep growing teeth regularly and this separates them from other rodents

They serve useful purposes. They are considered a great pet and more than that, they are a great source of food.

Averagely, Guinea pigs can live between 4 to 8 years. They can live longer, but many do not live up to this.

6. Guinea Pig Food Fact: It can consume its own waste

The creature can eat its own waste, and this means that it is not as gentle or adorable as you think it to be.

They are born with full preparation. This animal is unique because it is born precocial; this means that it is born with open eyes, well-developed hair, as well as full-grown teeth. Shortly after birth, they can start performing full activities.

The animal is gifted because it is able to build strong social relationships with other animals and humans. It is widely loved because of this.

9. It is an attention seeker and very intelligent

In terms of intelligent, it is above other animals and it seeks to grab others attention by its behavior.

This makes it different from other tiny animals. You will be amazed by the enormity of bones it has.

While most people keep asking are guinea pigs nocturnal due to the fact that they rarely find them asleep, these creatures interestingly are very active. They don’t sleep much. It is not into sleeping and it is always at alert after short snaps. Although they are most active during the day.

The animal strongly believes in self-grooming, and they groom themselves. The eyes often release a white milky substance.

The animal is known for its wider vision as it can boast of 340 degrees vision ability. Moreover, the animal is not color blind, as it can see partial colors.

14. They can easily become nervous

Perhaps the most important thing you need to know about guinea pig is that they can become nervous easily. If you want to use it as your pet, then you must handle it with care and gently.

Male guinea pigs can begin to mate early, and they can do that within the first month of birth. This simply shows that they mature early unlike other rodents.

Female guinea pigs can become independent within the first one month of birth. They can fend for themselves earlier than other rodents.

There’s a theory that says that the ‘guinea’ in ‘guinea pig’ is because these animals were brought through Guinea to Europe, making people feel that they originated in Guinea. As regards the ‘pig’, it’s believed to be because of the squeaking noise they make which sounds like piglets. 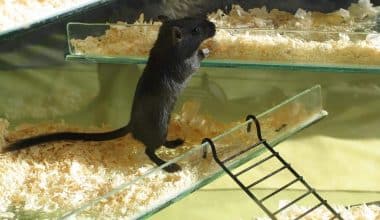 Read More
RRodents
Rats love to chew, and wood furniture is perfect for them. Unfortunately, many kinds of wood are toxic… 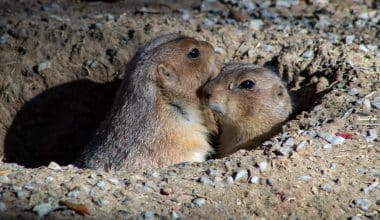 Read More
RRodents
Ever heard of the saying ‘a squirrel is just a rat with a cuter outfit’. Well, they’re both… 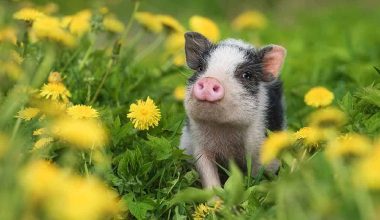 Read More
RRodents
Pigs are wonderful creatures you would want to keep as pets. But then it’s not just about having… 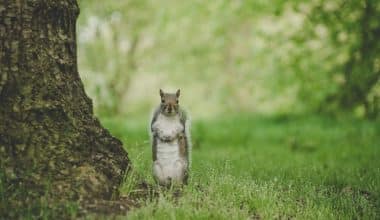 Read More
RRodents
You’ve probably seen some type of squirrel while wandering around the neighborhood park or in your backyard. Although… 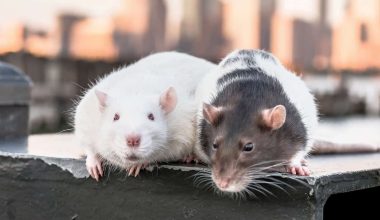 Read More
RRodents
So you’ve decided that adopting a rat is the right pet for you, and you’ve put everything in…