Why Do Cats Hiss?

Cats are well known to be very vocal animals, and hissing is one of the most common sounds you’ll hear them make.

While hissing sounds may seem harmless, it can be quite alarming to an owner when their cat does it!

A cat’s hiss may seem like an idle threat, but several reasons might cause the behavior itself.

Why do cats hiss? Here are some things to do when your cat hisses.

Cats have a variety of vocalizations, but the one that most people think of is his.

A cat hissing sounds like a snake’s or a tire’s air leaking. Feline behaviorists believe cats learn how to hiss by imitating snakes to survive.

You can feel the air coming out of a cat’s mouth when they hiss since it releases a sudden burst of air through its mouth.

Hissing is usually done when threatened or when they feel that another animal or person is invading their territory.

A hiss can range from a silent, open-mouth hiss that is more a visual sign of unhappiness to an aggressive his with full-on spitting.

Common behaviors that occur with hissing are:

1. Mouth open with the tongue curled

When a Cat Feels Threatened

Cats are territorial animals and will defend their territory when they feel threatened.

Cats will often try to avoid confrontation, but if a cat feels that it’s been backed into a corner, it will defend its territory by striking out with its claws and teeth.

A cat may also hiss when feeling threatened to make the aggressor aware of its displeasure.

The Cat is not trying to scare off the threat but instead letting them know they’re unhappy. Mother cats are very protective of their litter.

When another animal approaches them, whether human, feline or something else, they will hiss to defend themselves, even a friendly cat will sometimes hiss when interacting peacefully with its offspring.

Why do cats hiss? A Cat will also use a loud hiss to scare off other predators or threats that come too close to its home.

A good way to help ensure that your cat gets used to its surroundings quicker is by placing toys around its territory – this will help make its space seem like home!

SEE>  Why Do Dogs Lick Your Feet?

Hissing can be used in self-defense for some cats when fighting for food and mates. It’s seen as a warning sign before attacking.

However, hissing does not always imply aggression in all cases; sometimes, it can mean the cat is annoyed or annoyed.

For example, if you walk up on a sleeping cat and startle it, it might react defensively by curling up into a ball and hissing at you while making eye contact with wide pupils that look like slits.

You would interpret this behavior as annoying because the cat wants you to disappear.

On the other hand, a hissing sound coming from another room could be very different: your pet might just have spotted something small (like a bird) outside and wants to warn you about it.

As cats appreciate familiar objects that make them feel safe, hissing may sometimes result from new and unfamiliar objects in their environment, such as a new toy or furniture.

Getting them used to new items will require slowly introducing them into your home. Or he might have heard someone walking up the stairs, so he’s reacting protectively.

In these scenarios, a hissing cat communicates alarm, not aggression—a distinction that should never be ignored!

When a Cat Is in Pain

Why do cats hiss? When a cat’s in pain, it may hiss if you touch a particularly sensitive part of its body. Or the cat might not let you near; instead, the cat may hiss each time you try to approach.

Physical pain is one of the less common reasons for a cat to hiss, but your cat might hiss if you’re petting a painful area of its body.

To distinguish between a hiss indicating pain and fear, it is vital to remain observant and get a veterinarian to examine your cat.

If your cat is experiencing both fear and pain simultaneously, it will typically show symptoms of both.

If there are no other indications that something else could be wrong with your cat (excessive licking or scratching), they are most likely just scared!

It takes some time for a kitty to feel comfortable in its new environment. Be patient and take this opportunity to love on them even more.

SEE>  Why Do Dogs Sleep So Much?

When a Cat Is Frightened

Why do cats hiss? Cats will often make a noise that is called a hiss. This sound is a warning to other animals, and it usually means the cat is frightened. If approaching a cat hissing, slowly back away and give them some space.

It’s also possible for a cat to hiss because they feel scared, such as when someone approaches too quickly and without warning.

When this happens, your pet usually shows signs like flattening its ears back against its head or hair standing on the end, indicating discomfort.

In addition, it is possible for kittens to hiss when they play because they sometimes enjoy playing rougher than other kittens.

Kitten hisses tend to be shorter and less protective than older cats. A kitten may also hiss after hearing sudden loud noise with all the fur standing on end.

When a Cat Wants to Be Left Alone

Cats are territorial animals, and when someone or something approaches their territory, they may want to be left alone.

This is especially true for uninvited guests such as dogs, strangers, or other animals. Why do cats hiss?

Cats sometimes hiss at these intruders to let them know that the territory belongs to them and should not be entered.

Hissing is also a warning sound that can tell the intruder that if they don’t leave immediately, a more aggressive sound may follow, leading to an attack.

Cats often hiss in anticipation of an attack just before lunging with extended claws.

The Cat’s pupils dilate, fur stands up on its body, and it bares its teeth before attacking. The Cat does this by creeping forward slowly toward the object of its displeasure.

When threatened, cats will assume a frightening position where they lay down low to the ground with ears flattened against their head and back arched.

They growl and make strange grunting noises while rolling back their lips to reveal long canine teeth that would normally never be seen outside of an animal fight.

What To Do When Your Cat Hisses?

First and foremost, if your cat’s hissing at you, give him some space. You also need to give your cat some time. It may take hours for a cat to calm down, not minutes.

SEE>  10 Clingy Cat Breeds From Around the World

Additionally, you should coax your cat out with food and catnip when he is calm. Endeavor that you do not look him directly in the eyes and approach him from the side. This way, you seem less intimidating.

To ensure that your cat has somewhere to go when feeling stressed, provide lots of hiding spaces in your home.

Igloos, cat trees, and spaces up high are perfect as they provide quiet. Help your cats by giving them time to get used to the situation.

Understanding your cat’s triggers, like the dog bothering it, will also prevent accidents.

Here are some other things you may do to cause your cat to hiss:

Why do cats hiss? If your cat is constantly hissing, it could be that she has a respiratory infection or other illness.

Other signs that a medical problem may cause your cat’s hissing include lack of appetite, low energy, hiding or other behavioral changes, and hissing when you put them in certain areas (possible pain).

Be sure you understand what actions may result in a cat’s hissing sound so that you can interpret their behaviors correctly.

If you’re unsure of the meaning behind a cat’s hiss, or you notice a behavior that is out of the ordinary, schedule an appointment with a veterinarian as soon as possible.

Cats are territorial animals. They will use a cat’s hissing sound as a warning or when they feel threatened.

Why do cats hiss? It is often used as an expression of displeasure, such as when the owner scoops up the cat to take it to the vet or when a new pet enters the home.

There are many things your cat may dislike. By understanding that your cat’s hissing indicates a sense of danger, fear, or discomfort, you can re-evaluate or modify your interpretation of his behavior.

Be sure you understand what actions may result in a cat’s hissing sound so that you can interpret their behaviors correctly. 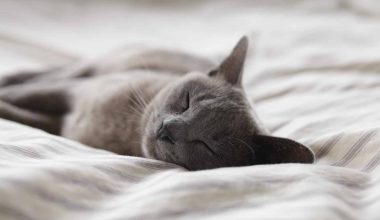 Read More
CCats
Having a pet can be a rewarding, entertaining, and downright dirty experience. While cats are often easier to… 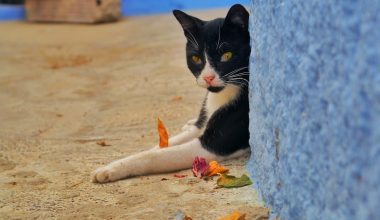 Read More
CCats
Cats are well known for being picky and finicky animals, but that doesn’t mean you have to be.… 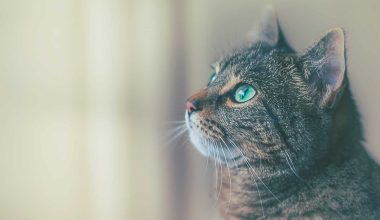 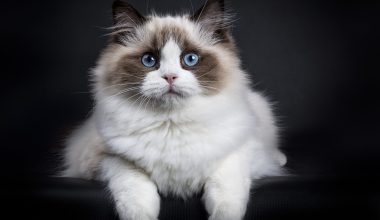 Read More
CCats
There are so many Japanese cat breeds worldwide, but did you know Japan has quite a few of… 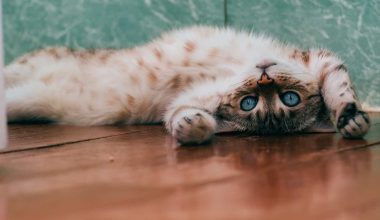 Read More
CCats
Are you looking for some new Australian cat breeds? Well, you’ve come to the right place. This article…