100+ Egyptian Dog Names for Your Doggo

Bestowing your canines with Egyptian dog names goes a long way in making them unique and stand out. Egypt is one of the most ancient cities in the world. It is a land of myths and legends, ancient civilizations, and the Pyramids of Giza.

Animals played essential roles in this ancient city. The most well-known of these is probably the cat, which has its domestic origins in ancient Egypt.

Ancient Egyptians considered them sacred animals, and most families kept a cat as a pet, which they believed would bring the household good luck.

The dog was also considered an essential member of the household. In Egyptian religion, there were some canine deities. A number of these were represented by the wolf or dog, while others, like Anubis, were more generic and exhibited qualities of both a dog and a jackal.

Egypt is embedded with a rich history and a wealth of names that can inspire one to name dogs. Some of these names often have very distinct meanings behind them.

In this article, the Egyptian dog names to be examined will be divided into 7 sections. They are:

Some names are neuter gender, i.e., unisex. They are fit for either a male or female. Let’s look at some of these neuter-gender dog names.

One of the ancient cities that had various rulers in Egypt. Let’s look at some names of Egyptian rulers from which you can draw inspiration to name your dog.

There are so many unique Egyptian dog names for a female dogs. Look at some of these feminine dog names and their meaning.

Just as there are several female Egyptian dog names, there are also many Egyptian male dog names. Let us look at some of these names.

As one of the world’s most ancient and beautiful countries, Egypt has locations with difficult-to-pronounce names, but some places have names that are easy to pronounce and would suit a dog just fine. Let us look at some of these Egyptian dog names inspired by places in Egypt.

Ancient Egypt is known for its worship of several deities. These deities became the center of worship in ancient Egyptian culture. Some ancient religious worship also stemmed from the beliefs and rituals of these figures.

Egypt’s mythological past has inspired many people over the years; some have resorted to naming their dogs after an Egyptian-inspired myth. There are various Egyptian dog names drenched in myth. Let’s look at some of these mythological names.

Janet has a bachelor's degree in Mass Communication from Benue State University. She was a content writer for the kids segment of Voice Newspaper. Now, she is a content writer with Krafty Sprouts Media. She writes on different topics ranging from home, garden, food, fashion, and animals. Janet loves reading novels, writing poems and listening to music.

DDogs
A medium-sized birding breed, the Barbet (pronounced bar-bay) is possibly best known for its distinctive, curly coat and… 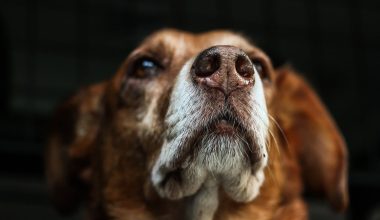 Read More
DDogs
It might come as a surprise to you that there are several Dog breeds that start with T.…
DDogs
Every dog owner who has had a dog for a long time knows that it will poop at any… 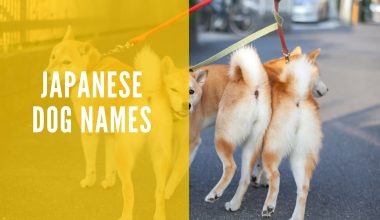 Read More
DDogs
Japanese is the world’s ninth most common language, with a population of more than 130 million. This does… 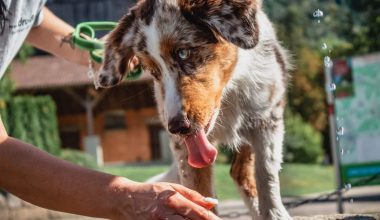 Read More
DDogs
Why do dogs lick your feet? This is a common question that constantly beats the minds of dog…