10 Richest Dogs in the World

It must sound like a weird thing saying dogs are rich. How? What work did they do? And how did they work? But that isn’t the case.

When dogs are rich, it has to do with their wealthy owners who willed a tremendous amount of money to them before passing away, being worried about what would become of their dogs when they die.

In 1992, Countess Karlotta Libenstein of Germany left Gunther III, her German Shepherd, nearly $106 million. However, her trustees invested the money, which tripled her fortune.

Gunther IV was the world’s richest dog when he was born. His net worth has reportedly increased to more than $372 million.

These dogs are part of the richest dogs in the world. Jasper was a mix between a Doberman and a Labrador Retriever dog breed.

However, Heiress Diana Myburgh adopted Jasper from a dog shelter. She did, though, have another dog, Jason. Each dog received £25,000 from Diana.

Jason, however, died not long after, and they added his part of the money to Jasper’s. Sir Benjamin Slade, Diana’s son-in-law, welcomed Jasper into his country estate.

For watching after Jasper, Slade received £11 from t account.

Anne E. Dier was a wealthy woman and the owner of Fannie. However, before Anne passed away, she willed an estate worth $25000 to her dog, Fannie.

Thus, making him one of the world’s richest pets. Then, a couple took Fannie into their home at Buffalo, and they spent most of the money on Fannie!

Trouble is worth $12 million! Wow! The dog owner, Leona Helmsley, loved her dog so much. She couldn’t imagine what would happen to him when she died.

So, she willed $12 million to Trouble. However, Alvin Rosenthal became the appointed guardian to Trouble, Leona’s beloved Maltese Terrier, till it dies.

Furthermore, Leona had left a wish for Trouble to be buried beside her in New York State, in a mausoleum.

Nora Hardwell gave two Collie cross dogs, Kate and Tina, free reign of her home and five acres of property in Peasedown St John, near Bath, as well as $1 million to spend on their every whim before she died.

Then, she took the case to court and offered to become Samantha’s legal guardian in exchange for $2.7 million in compensation!

Flossie is among the list of the ten richest dogs in the world because Drew Barrymore entrusted her $3 million Beverly Hills home to her Yellow Lab mutt “Flossie” as a reward for warning her of a fire in her home in 2002.

However, it was on the condition that they spend $4.2 million caring for her dogs, which totaled over 150 stray dogs and supported canine disease research.

SEE>  25 Worse Mammals to Have as Pets

The university couldn’t get the $12 million until the last of her dogs died, which wasn’t until 16 years later when the final survivor, a mutt named Musketeer, died!

Gail Posner bequeathed $3 million to her Chihuahua dog, Conchita, as well as an $8.3 million Miami Beach estate. However, she gave another significant amount of her income to the housekeepers to look after Gail’s dog while dead!

The late fashion designer Alexander McQueen left $82 000 to each of his English Bull Terrier puppies in his legacy. His dogs were everything to him! He’s also given a large portion of his fortune to animal protection organizations. 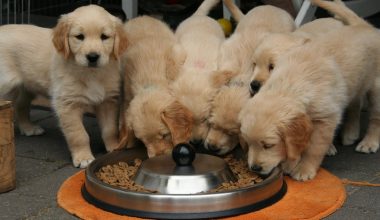 Read More
DDogs
Dogs, like any other type of pet, are capable of exhibiting territorial behavior, particularly when it comes to… 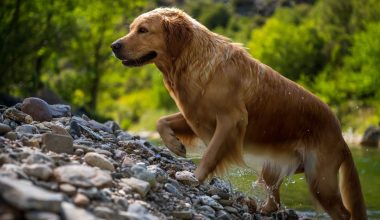 Read More
DDogs
American dog breeders consider the golden retriever one of their most popular dogs. These dogs are great family pets because…
DDogs
Indian is not in exemption when it comes to beautiful dog breeds. Though Indian dog breeds are becoming… 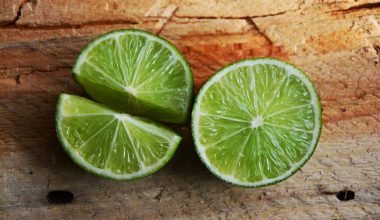 Read More
DDogs
Lime is a natural product used as a supplement containing calcium and magnesium. It helps in the digestion…
DDogs
Have you ever wondered what a dog’s name in Russia is? Well, wonder no more! If you have…