28 Must Have French Dog Breeds

French bulldogs have become increasingly popular in recent years, and with good reason. They’re cute, fluffy, and highly affectionate, making them perfect pets for families with children and single people.

Also, French bulldogs are durable and have a reputation as good guard dogs. Since they give a backup when needed and are always on the lookout for strangers or intruders.

Are you thinking about adding a French bulldog to your family? Or do you already own one and want to know more about the breeds?

Read on for more information about these adorable French dog breeds!

Toy Poodles were first bred in England but gained popularity in France during the 18th century. Toy Poodles are intelligent and active and make great companion dogs. They come in various colors: black, white, brown, and apricot.

The Lowchen is a small, healthy dog breed that doesn’t require much exercise. These french dog breeds are known for being loving and affectionate companions.

Lowchens are also one of the oldest french dog breeds, dating back to the 15th century. If you’re looking for a French dog breed that will make a great addition to your family, the Lowchen is a great choice!

The French Bulldog is one of the french dog breeds, also known as the Frenchie, a small breed of domestic dog. The French Bulldog resulted from a cross between Toy Bulldogs imported from England and local ratters in Paris during the 1800s.

They were popular among butchers, for whom their size and tenacity made them ideal ratters. The name French Bulldog is a corruption of the word English Bulldog. The American Kennel Club recognized the breed in 1898.

The Papillon is a small, friendly, and lively dog breed. They are one of the most famous French dog breeds. Papillons are great companion dogs and do well in various homes, from apartments to rural farms.

The Barbet is a French water dog that gets its name from the French word barbe meaning beard. The breed is believed to have originated in the Middle Ages and was used for hunting.

The Barbet is a large breed with a shaggy coat that can be either black, brown, or fawn. The breed is known for being intelligent, friendly, and good with children.

The Brittany is a native French breed initially used for hunting birds and small game. Though not as popular in France as it once was, Brittany remains a favorite among bird hunters.

And those looking for an active, friendly companion, standing at about 18 inches tall and weighing around 30 pounds. Brittany is a medium-sized breed with a short, dense coat that can be either orange and white or liver and white.

The Grand Basset Griffon Vendéen is a short-legged dog breed of the hound type. The Vendeen is an old breed that was used for hunting in the area around the French city of La Rochelle.

Grand Basset refers to the dog’s size, while Griffon is French for wire-haired. The Vendeen is a friendly and intelligent breed that makes a great companion or family pet. They are french dog breeds that are relatively easy to train and are good with children.

The Griffon Fauve de Bretagne is a dog breed native to the Brittany region of France. The breed is known for its hunting abilities, as well as its loyalty and companionship.

Griffon Fauve de Bretagnes are medium-sized French dog breeds. Males typically weigh between 30 and 40 pounds, and females between 25 and 35 pounds. The breed has a short, coarse coat that is usually fawn or brindle in color.

The Petit Basset Griffon Vendéen is a small scent hound. It was initially bred to hunt in the thick underbrush of the Vendée region of France.

Petit Basset means small low-set dog, and this breed certainly lives up to its name. The PBGV is an active, playful dog that loves to be with its family and can get along well with other pets in the home.

The Standard Poodle is one of France’s most famous French dog breeds. They are known for their intelligence and trainability.

Standard Poodles are also hypoallergenic, making them a good choice for people with allergies. They come in various colors, including black, white, and brown.

The Pyrenean Shepherd is also on the list of French dog breeds. It is considered one of the best herding dogs in the world. They are knowledgeable and trainable, making them a popular choice for many types of work.

Also, Pyrenean Shepherds are loyal and protective of their families, making them excellent companion dogs. If you’re looking for a French dog breed that is versatile and intelligent, the Pyrenean Shepherd is a great choice.

The Basset Hound is a short-legged dog breed of the hound family. The Basset is a scent hound that was initially bred for hunting hare. Their sense of smell for tracking is second only to that of the Bloodhound.

The name Basset is derived from the French word bas, meaning low, with the attenuating suffix -et meaning little. Basset Hounds are large dogs but short compared to their English counterparts.

The Beauceron is a large herding dog breed that originates from France. The breed is also the Berger de Beauce or the Sheepdog of Beauce.

The Beauceron is a well-muscled and powerful dog that is both agile and athletic. The breed is intelligent and loyal, making them an excellent family pet. These French dog breeds are also natural guardians and will protect their family and home from intruders.

See also  5 of the Largest Snakes in India

However, a dedicated group of breeders worked to revive the breed, and it is now recognized by the United Kennel Club and Fédération Cynologique Internationale. The Berger Picard is an active, intelligent, and loyal companion that makes a great family pet.

The Bloodhound is a large, short-coated breed of dog. The exact origins of the Bloodhound are unknown. But it is thought to be descended from hounds used by monks in Belgium to track deer and wild boar.

In addition, The Bloodhound was brought to France in the early Middle Ages, where nobles used it for hunting games. Today, the Bloodhound is still used for hunting in France, as well as for search and rescue and tracking.

This breed is considered to be intelligent, independent, and loyal. The Griffon Nivernais is an excellent choice for families looking for a large breed dog that will be a loving and loyal companion.

The Briard is a large herding dog that French shepherds once used to herd flocks of sheep. The Briard is a loyal and protective breed that makes an excellent family pet. These French dog breeds are very intelligent and easy to train.

The Dogue de Bordeaux, also known as the French Mastiff, is a large, muscular dog breed. It is loyal and protective of its family.

This breed is known for its short, broad head and wrinkled face and is one of the oldest French dog breeds. The Dogue de Bordeaux is an excellent guard dog and companion for active families.

The French Spaniel is a versatile hunting dog breed that is also good for families. They are gentle, loving, and get along well with other dogs and children.

Meanwhile, They need moderate exercise and do best in a home with a yard. The French Spaniel is an intelligent breed that is easy to train.

The Great Pyrenees is a large, thick-coated dog used as a working dog in many different settings. Despite their intimidating size, they are gentle and loving with their family and make great loyal companions.

They were initially bred in the Pyrenees mountains of France and Spain, where they got their name. These French dog breeds are known for being patient, courageous, and protective, which makes them excellent guardians for livestock or children.

The Porcelaine is a hunting dog from the central regions of France. He is named for his characteristic white coat with black spots, similar to porcelain.

The Porcelaine is one of the French dog breeds that is energetic and loves to run and play.

Also, He is an excellent swimmer and often enjoys a dip in the pool or lake. The Porcelaine is a loyal and loving companion who makes a great addition to any family.

The Wirehaired Pointing Griffon is a versatile hunting dog used for many different game types. This breed is known for its keen sense of smell and ability to track down the game.

The Wirehaired Pointing Griffon is one of the most loyal and obedient french dog breeds. It makes a great companion for hunters and outdoor enthusiasts.

In addition, this breed does require some exercise and training, but it is well worth the effort for those looking for a faithful friend.

In addition, the Corsican Dog is a working dog breed used for hunting, herding, and guarding. Also, it is an intelligent dog breed that is easy to train.

The Blue Picardy Spaniel is a large, blue-grey hunting dog from the Picardy region of France. They are gentle and good-natured dogs that make great family pets. They are also excellent hunters and trackers, making them popular working dogs in France.

The Blue Picardy Spaniel is a large, blue-grey hunting dog from the Picardy region of France. They are gentle and good-natured dogs that make great family pets.

The Braque d’Auvergne is a versatile hunting dog proficient in field and water. This breed is relatively unknown outside of France.

The Briquet Griffon Vendéen is a small to medium-sized wire-coated hunting dog originating in the Vendée region of France. The breed was created in the late 19th century by crossing the Grand Griffon Vendéen with the Petit Brabançon.

The Briquet Griffon Vendéen is one of the most active, intelligent, and independent French dog breeds. It is loyal to its family and makes a great companion.

The breed is believed to have originated in the Middle Ages and was used for hunting by the nobility. The Blanc et Noir is a beloved family pet known for its loyalty and affectionate nature.

In conclusion, the French dog breeds mentioned here are the best. They have all been tested and proven loyal, friendly, easy to train, and loving companions.

It doesn’t matter if you live in a small apartment or have a large house with a yard- these French dog breeds can adapt to any situation. So next time you’re looking for a new pet, consider one of these breeds!

What is the Most Common Dog in France?

The most common dog in France is the Bichon Frise. This breed is known for its hypoallergenic coat and loving personality. The Bichon Frise is a great companion dog for people of all ages.

What is the Rarest French Dog Breed?

The rarest dog in France is the Briard. This breed is not often seen outside of France; even within the country, they are not very common. These French dog breeds were initially bred for herding sheep and cows, but these days are more commonly used as guard dogs.

What is the Average Cost of French Dog Breeds? 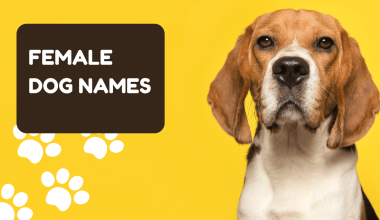 Read More
DDogs
Getting a new dog is exciting and fun, but picking out the perfect dog name is one thing…
DDogs
The Shar Pei Dog is an ancient Chinese breed. Their blue-black tongue, wrinkled skin, and bristle-like coat make… 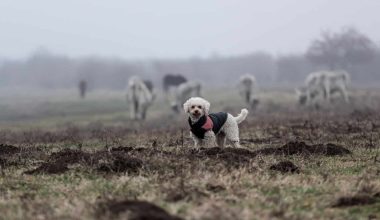 Read More
DDogs
The name “herding dog” describes a group of dog breeds famous for herding livestock. They are a versatile…
DDogs
Also known as the Italian pointing dog or the Italian pointer, the Bracco Italiano is well known for…
DDogs
The stout but muscular American bulldog is a friendly and protective pet. Despite their intimidating size, their fondness…