There are lots of French horse breeds that originated from European countries. The countries have used them for hundreds of years to move people and products.

Warhorses have been popular since the 8th century, thanks to Napoleon’s fondness for the Arabian horse. They are still used by mounted police nowadays, but not for transportation.

However, horseback riding remains quite popular in the country, and many individuals opt to possess large tamed animals for fun.

The Auvergne originated in Central France and has undergone multiple rounds of cross-breeding over its history.

What was once a little riding horse was transformed into a warhorse. It became famous as a mode of transportation after being bred to be larger, and it nearly went extinct in the 1970s. In addition, It is still critically endangered, with only about 200 of the breed remaining today.

The French Trotter was bred in Normandy in the nineteenth century as a racing horse. It is a cross between the Norfolk Trotter and the English Purebred breeds.

This breed can be any solid color and is a large horse, generally standing over 17 hands tall. Even though the breed does well in racing, they use them for riding classes and training.

The Merens, which originated in Pyrenees and Ariegeois Mountains, is used as a saddle horse but is now a rare breed; attempts to maintain the breed and improve the stock are ongoing. The Merens are always black and measure between 15 to 16 hands.

The Anglo-Norman horse is a cross of Russian and British trotting horses in Northern France. They come in chestnut, bay, blue, gray, roan, and various other colors and markings, typically utilized in agriculture, with smaller horses assigned to simpler chores and larger animals assigned to difficult draft work. Surprisingly, The Anglo-Norman stands between 15 and 16.5 feet, hands tall.

The Landais is a little pony standing between 11 and 13 hands tall. They have a quick trotting speed, and people use them for riding and driving.

This breed was primarily wild before WWII, and breeding numbers are still low. The Landais pony originated in 732 A.D.

The Poitevin horse resides in the Poitou area of Western France. The crossing of numerous breeds brought to the region between the 15th and 17th centuries resulted in the birth of the Poitevin horse. Just 300 breeding horses were remaining ten years ago. They stand 15.5 to 16.2 hands tall.

Another draft horse, the Breton, is a robust and elegant French horse breed from the Brittany region of France.

Depending on the type of Breton, the breed is helpful for various tasks. Corlay Breton, the smallest, has proven to be useful for simple jobs. In conclusion, The Postier is a medium-sized Breton that comes in handy for agriculture work. It will stand between 15 and 16 feet tall.

The robust breed comes in roan or chestnut colors and is utilized in agricultural and meat production and lifting weights as logging horses. The breeds can reach a height of 16.5 hands.

The Auxois is a giant french horse breed that originated in the Eastern areas of France and derived from the now-extinct Bourguignon horse.

It is most frequent in the bay, roan, and chestnut. The Auxois, used for agriculture, meat, and recreation, can reach a height of 15.5 to 16.5 hands.

The Camargue horse is one of the world’s oldest French horse breeds, descended from the now-extinct Solutre horse.

The breed is gray with black skin and is 13 to 14 hands tall, which places it in the pony group. This breed thrives in the wild and does quite well for agriculture, farming, and lengthy riding.

The Percheron is a black or gray breed that originated in the Huisne River basin of France. It is a clever and calm horse used in competitive events and for range work. It also acts as a food source for humans.

The Boulonnais horse is a modest-sized french horse breed with an average height ranging from 15.1 to 16.3 hands.

It is usually gray but can also be black or chestnut, used in show jumping, dressage, eventing, and meat production.

The Selle Francais is a sportive horse bred from the Norfolk Trotter and one of the native French horse breeds found worldwide.

It is usually bay or chestnut in color, though some gray varieties may exist. The breed does exceptionally well in horse racing, showjumping, and other sports. This breed stands between 16 and 17.3 hands tall on average.

The Ardennais horse is another french horse breed descendent of the Solutre horse. It stands about 16 hands tall, mainly utilized for meat production. However, They are easy to feed, which makes them easier to breed, and farmers see them as a great breed. They are available in gray, chestnut, and roan.

Lastly on the list is the Norman Cob, a mid-sized light drafting horse from Normandy. Initially famous for their commitment to work, these french horse breeds do well for recreational and leisure purposes and meat production. It is 15 to 16.3 hands tall. 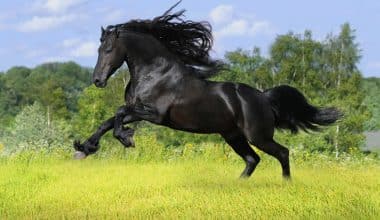 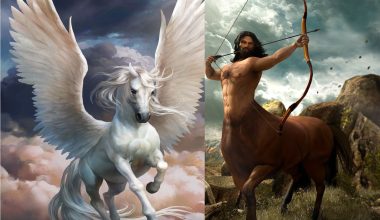 Read More
HHorses
The bond between humans and horses has been particularly intimate throughout recorded history. As a result, the presence… 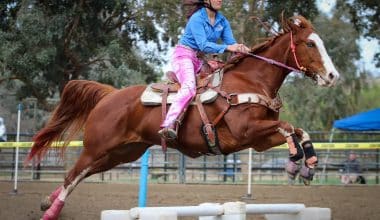 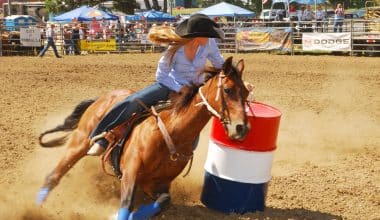 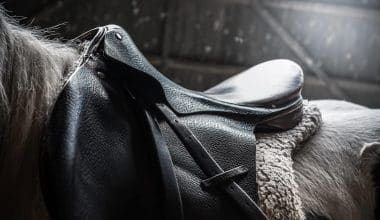 Read More
HHorses
When riding horses, we all want to be comfortable and safe in the saddle to enjoy our ride…