We really like horses! Every color, every breed, and every size. But horses with long hair have their unique appeal. We’re going to look at 17 special long hair horse breeds.

So take a seat and enjoy finding out more about these amazing animals!

Shire horses are among the largest and most majestic long hair horse breeds. They have delicate, long, silky hair feathered on the legs. The majority of Shires are black, bay, roan, or gray.

They are extremely powerful animals formerly used in agriculture to draw machinery such as ploughs. Shires have held both the heaviest and tallest horse world records. Their typical height is 17.2 hands, but they can grow considerably taller.

On the other hand, Shire horses are gentle giants famed for their calm and easygoing demeanor. Today, the breed is utilized in forestry and for pleasure riding.

The stunning Haflinger has a sandy blonde mane and tail. Their coats are always chestnut, but the color can range from pale gold to liver.

These long hair horse breeds came to the limelight in the nineteenth century in the Hafling region of South Tyrol, which borders Italy and Austria. They are tough creatures that are well-suited to the area’s rugged topography.

The lovely Paso Fino comes in several sizes. But all these horses share thick, lengthy manes and tails. And their personalities are just as cheery and outgoing.

The Colombian and the Puerto Rican varieties are subtypes of the same breed. Another peculiar trait of Puerto Rican Paso is its tiger’s eye.

The eye color of the Horse is more easily distinguished thanks to this genetic variation. The final color might range from light amber to vibrant orange.

Given the severe climate in Iceland throughout the winter, it’s not unexpected that Icelandic Horses have lots of hair. Their hair and tails are long, thick, and coarse. In addition, they are protected from the cold by a thick double coat.

These animals resemble a smaller pony than a true horse despite the name. An Icelandic horse’s typical height and weight are 13 to 14 hands and 800 pounds.

In addition to being hardy and long-lived, these animals are also joyful and social. A mare in Denmark lived to be 56 years old, making her the oldest Icelandic Horse on record.

Moving on our list of long hair horse breeds is the Andalusian, a compact and graceful horse from Spain. Their manes and tails are thick, long, and shiny.

They stand roughly 15.5 hands tall, with mares slightly shorter than stallions and geldings on average. They have broad chests, lengthy necks, and powerful hindquarters.

They’re well-known for being sensitive, clever, and docile creatures. Their attractive looks, like that of Friesians, make them an obvious choice for television and film.

The tough Fell pony is native to the northwest of England. It is robust, agile, and sure-footed on tough terrain, just like its neighbor, the Dales pony. It is, however, a slightly smaller animal, standing approximately 13.2 hands tall.

Northern England’s cold winds necessitate a thick coat with a long mane and tail. The ponies have bay, gray, brown, or chestnut coats, and some have a little white star on their heads.

They’re dependable jumpers with a lively disposition. As a result, they are famous for hunting and cross-country riding.

The Ardennes, sometimes known as the Ardennais, is one of the world’s oldest long hair horse breeds. Its history dates back to Roman times, and people initially transported horses to the United States at the turn of the twentieth century.

They have a muscular body, long feathers, and a thick mane. They were once used as cavalry horses and to draw artillery. Sadly, people breed them for meat in today’s time.

Their quick movement, stamina, and decent temper, on the other hand, gave the horses a reprieve. They’re becoming more popular in driving contests, as well as in agriculture and logging.

Few ponies are as adorable or full of personality as the Shetland pony. These endearing creatures have a thick double coat and dense manes and tails to help them survive the harsh Scottish winters.

Their coat can be any color, but it is never dotted. They have small heads and ears, strong legs, and a large girth. Because of their strength and agility, they do well in agriculture in the Shetland Islands.

They’re also common at petting zoos and as mounts for young riders. Miniature ponies can also serve as guides for the blind!

The stunning Gypsy Vanner is distinguished by its long, flowing mane and tail and its feathery heels. Its coat is usually piebald, skewbald, and solid color.

In different parts of the world, the breed has varied standards. The breed registries in the United States are the most restricted, with both larger and lighter horses accepted in Europe.

Traditionally, Gypsy Vanners were used to drive vardos or caravans of Gypsies and Irish Travellers. They can now be found being traded at horse fairs and marching in parades. Gypsy Vanners compete in dressage contests in the United States.

Another long hair horse breeds is the Clydesdale horse. It gets its name from where it originated, Clydesdale in the Scottish county of Lanarkshire. The breed occurred in recorded records for the first time in the early nineteenth century.

Clydesdales today are taller than their predecessors, standing between 16 and 18 hands. Most have bay coats, but you can find Sabino, chestnut, gray, and black horses.

Their long hair is most noticeable in the lavish feathering on their lower leg. They are robust animals, and one can still find them working in forests and farms today.

Another breed with a striking color combination is the Black Forest Horse. These horses are always chestnut in color. Coats can range from pale gold to practically black, while their flowing manes are always flaxen in color.

Their power reflects the original purpose they were bred: as working animals for forestry and agriculture. Today, however, it is more common to see Black Forest horses being ridden or pulling carriages.

The Dales pony gets its name from its native England’s Yorkshire Dales. It is a native breed of Britain that has adapted to the severe winters on the moors.

It has a thick, silky mane and tail and long feathers on its legs. Most Dale ponies are black, although there are also instances with gray, brown, roan, and bay coats. They are solid and energetic animals noted for their alertness, bravery, and kindness.

Dales ponies have been around since Roman times. Humans previously used them to transport lead from mines. They are also outstanding endurance and trekking horses. Some wild ponies can still be seen in the Pennine mountains today.

Friesians are one of the most distinctive long hair horse breeds in the world. They’re massive but elegant and graceful, having a history as military horses dating back to the Middle Ages.

Friesians are usually black, but they can also be chestnut. They rarely have any white marks. They have lengthy feathers, long, thick manes, and frequently wavy tails alongside beautiful arched necks.

The Portuguese Lusitano is related to the Andalusian. It comes from the same region, the Iberian peninsula, and dates back to the Roman era.

The coats of Lusitanos are always plain colors. They have beautifully muscled bodies and thin, well-proportioned heads and are usually gray, chestnut, or bay.

They have thick, luscious manes and tails, just like Andalusians. On the other hand, the tail on the Lusitano is lower, and the skull has a more convex appearance.

They are horses that are quick, willing, and intelligent. As a result, they are ideal for dressage and driving events. Lusitanos have competed in the Olympics and World Equestrian Games for both Portugal and Spain.

It is durable and sturdy, making it one of the best horse breeds in farming and forestry. It’s also a popular breed for leisure riding in its home country. And, unlike most other cold-blood breeds, it excels at harness racing.

To keep the breed vigorous and healthy, it is carefully regulated. Before being utilized for breeding, horses are rigorously checked, including having their hooves and legs X-rayed. As a result, the animal is tough and long-lived.

The Australian Draft horse is a sturdy, powerful working horse. It is a cross between the Shire, Clydesdale, Percheron, and Suffolk Punch draft breeds. And, as one would expect from such a lineage, it’s both strong and well-tempered.

Their legs are heavily feathered, concealing massive, well-shaped hooves. The Australian draft coats are all the same hue, and they stand between 16 and 17.3 hands tall. Their strength and steady temperament make them ideal for agriculture and forestry.

For ages, the Dartmoor Pony has roamed the southern English county of Devon. Originally used for labor in quarries and tin mines, The horses now roam freely on the moors.

The ponies’ manes and tails are full and flowing. Like many of the other long hair horse breeds on our list, they have adapted to thrive in hostile conditions.

They’re small enough to be utilized as a child’s mount but robust enough to transport people. They are used for dressage, jumping, displaying, and regular riding. 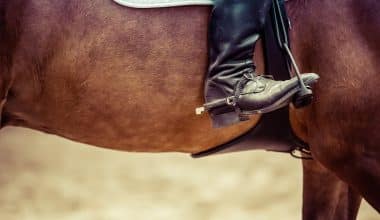 Read More
HHorses
Choosing the best horse breed for dressage can be challenging. Dressage takes more than talent; it takes the… 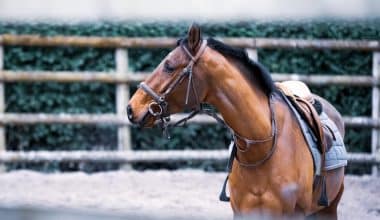 Read More
HHorses
Even if you’ve never had the opportunity to go to the races, there’s still a good chance you… 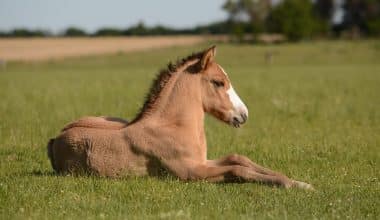 Read More
HHorses
There are numerous horse breeds, and people select their favorite depending on a variety of qualities. Some individuals… 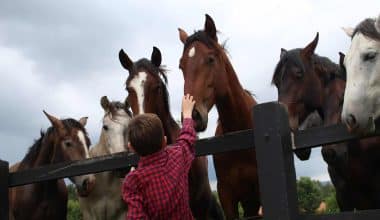 Read More
HHorses
Some of the world’s oldest, purest, and most productive horse breeds may be found in Europe. European horse… 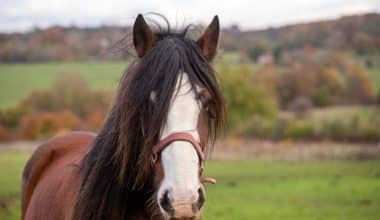 Read More
HHorses
Draft horses are some of the largest and most powerful breeds, known for their strength and stamina when…