How much do you know about fish? If you’re a nature lover, you obviously know more than the average person.

But, have you heard or seen the bettas —the most glamorous, effortlessly eye-catching, and intelligent fish? If you know something about betta fish, I’ll tell you more.

And if you’re clueless, stick around because educating you is my pleasure! For starters, there are different types of bettas, both male and female.

They are broadly classified into wild and domestic bettas. Also, these fish exist in various tail shapes and patterns. Their magnificent beauty and ease of existence make them aquarists’ favorites.

Betta fish are famous for their vibrant colors, distinct tails, and unique fins, a perfect decoration for aquariums.

These glorious creatures can be widely grouped into wild and domestic regarding their habitation.

They are omnivorous and feed on insects, algae, and other tiny organisms. Untamed wild betta fish are aggressive and isolated.

However, they soon became popular among hobbyists due to their easy maintenance, colorful appearance, and high intelligence. You’ll find them in aquariums, and aren’t they a sight to behold!

Keep reading if you’re an aspiring aquarist or want to know more about these fantastic creatures. Below are betta varieties according to color, tail type, and patterns to help you tell the fish apart and appreciate their beauty in totality.

These beautiful fish exist in varied colorations. Some have bright colors, while others have duller colors. Below are the most common colors:

The albino variety is the rarest of all. Like people with albinism, this fish lacks pigmentation and is sometimes referred to as the white betta fish. This condition makes it highly sensitive to sunlight and often causes fish blindness at the early stages of life.

Solid colors like blue are rare for other types of fish. But with bettas, blue is the most common color. These beautiful fish exhibit three color variations, with steel-blue being the most common. You’ll also find royal and turquoise blue in the mix.

Most unacquainted people confuse the cellophane variation with the albino betta, and I don’t blame them. You’ll need a trained eye to spot the difference.

Clear bettas, also known as cellophane bettas, are translucent and not white like the albinos. Also, it’s worth noting that these bettas have a slight tinge of pink due to their internal organs visible through the skin.

This variety of betta fish has a rich color that compliments nature in its magnificence. It exists in various hues from deep to turquoise green. The metallic wash overlay that sparkles in the light makes its green body eye-catching.

What a bold color for a fish! Yet, these betta breeds are more common than you can imagine. The black betta fish has a special kind of look that keeps you glued in awe.

However, the unique gene that gives them such a rich color is both a blessing and a curse. The gene often results in female infertility, making it difficult to breed this fantastic species.

Chocolate is a color that oozes sweetness and warmth.  However, these betta varieties are not purely chocolate-colored. They have a subtle mixture of brown and orange, making them bi-colored. The typical chocolate betta has orange streaks on its fins, giving them a stunning look.

Different types of bettas showcase uncommon fish colors, but who would have thought a fish could be purple? Purple bettas are among the rarest and most expensive varieties.

You’ll find them in shades of purple, with some exhibiting black or copper variations. Most of them have purple bodies but different-colored fins. Beauty in its purest definition!

This betta species radiates warmth and happiness thanks to its yellow color. The vibrant color covers the whole body, including the tail and the fins. These bettas are effortlessly beautiful and come in various tones of yellow. Sellers classify them as non-red to make their identification easier.

Pastel betta fish doesn’t have a definitive coloration. It’s opaque and appears to have a whitewash overlay due to a recessive gene. Most pastel bettas exhibit different colorations, among them blues and soft pinks.

The red color is naturally dominant over most colors, making it king in the aquarium. You can’t miss a red betta as it swims back and forth. The red betta fish is brightly colored and helps in gauging the water quality—paleness means something is wrong with the water pH.

Different Types Of Bettas According To Tail Shape

Forget their color varieties; betta fish tail shapes are beautiful beyond description. Below are examples of the magical sights worth beholding:

This betta variation is more of the traditional style of a short-finned tail. The fins are colorful but short, only sticking out of the tail circularly. Plakat bettas have their share of beauty, but thanks to selective breeding, we have more glorious betta tail types.

As the name suggests, these betta variations have spiky fins resembling crowns. Crowntail bettas are easily identified with webbed tails stretching slightly beyond each ray. Due to the webbing, crown tail bettas usually break their rays and end up with bent tails.

This betta fish has an artistic tail game going on. Instead of one continuous tail forming a fan-like shape, there are two separate tails. You can see a distinction at the tail base, with each side forming a fully-fledged tail fan. Double tail bettas also have larger dorsal fins than other different types of bettas.

The name rounded tail is because these bettas have round edges instead of the straight ones found in delta bettas. The tail fins are neatly attached to the base and flow outwards, forming a not-so neat yet adorable crown.

Comb tail bettas have similar tails to crown tails. The significant difference is in the rays’ lengths. Combtails have rays more extended than the webbing, while crown tails are big on the webbing—no wonder the latter usually gets bent tails.

The spade-shaped tail gives this betta fish its name. Generally, its fin arrangement is similar to the round tail, except that the fins converge to one point at the tip of the tail. Spade tail bettas also have an asymmetrical fin arrangement giving them a more artistic appearance.

SEE>  What Are the 3 Classifications of Fish?

Like rose flowers, the rose tail betta fish has a uniquely flashy and magnificent tail shape. This characteristic is mainly attributed to constant cross-breeding.

Even though their beauty attracts more aquarists than other species, it has a flipside—cross-breeding has caused genetic disorders in rose tail betta fish than in other betta types.

Unlike the spade tail that starts broad and narrows towards the end, a delta tail starts narrow and widens towards the end. This divergence gives the delta betta tail an almost triangular shape. The fins have rounded tips.

Besides vibrant colors and magnificent tail shapes, different types of bettas have varied patterns on their fins and bodies.

Butterfly betta fish has an interesting pattern on their body and fins. It has a solid color on the main body, and then color changes towards the tail. Between the tail and dorsal fin, there is a split between translucent and color.

This betta variation has three dominant colors artistically blended to create a magnificent pattern. Its fins and tails have bright colors but no scales. The main body has white-colored shiny scales, and the other dominant colors are orange or bright red.

The marble betta pattern is an expression of perfect beauty. These water creatures are characterized by bold colors and unique patterns on their bodies, fins, and tails. They mostly have a light color on the skin but dark-colored patterns.

Different types of bettas exhibit beauty in various dimensions of color, pattern, and shapes. Some bettas are more common than others, but all are unique and beautiful. The information provided here will help you choose well in case you want to have a betta pet. 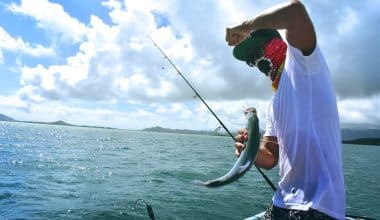 Read More
FFish
Fishing is a great way to relax after a long day at work or school. There are different… 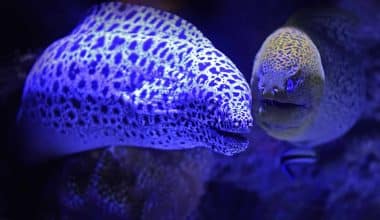 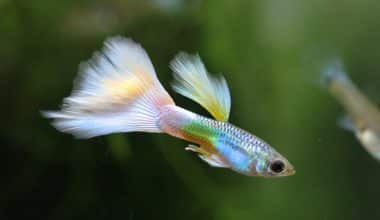 Read More
FFish
Guppies are one of the most popular freshwater fish species in the hobby, but some people aren’t aware… 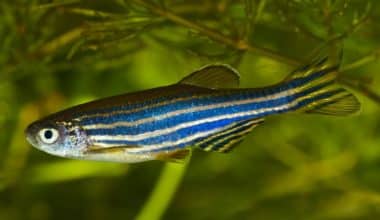 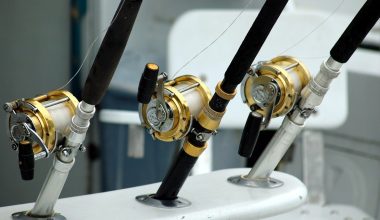 Read More
FFish
The different types of fishing reels available might be perplexing if you’re new to angling. As any angler…