The animal world consists of creatures with a diverse and interesting range of characteristics. It may be for this reason that we are all so hooked up on nature documentaries.

Large eyes are characteristic of some animals that set them apart. Animals with big eyes sometimes appear cute, although this is not limited to just mammals – some insect and lizard species have enormous eyes, and you cannot consider them pretty.

There is a reason we feel emotional when we see animals with big eyes. According to Lorenz’s “Baby Schema Hypothesis,” adults see children as more likable and attractive.

A human infant’s larger eyes make us want to protect and care for them. That is why kittens, puppies, and any animal with proportionately large eyes are seen as attractive.

Here is a list of some animals with big eyes:

The chameleon is a reptile species and one of the animals with big eyes that can be found in regions of Africa and Asia.

There are over 150 species of chameleon, and they are best known for the ability to change color to match their environment, something used as camouflage to evade predators.

This is due to guanine crystals located in their skin, reflecting light in different ways to create changes in color patterns.

Chameleons have proportionally large eyes, but the aperture they see out of is pinhole-sized. Their eyes can pivot 360º and move independently of each other.

Their depth perception differs from other animals with two eyes because their eyes can move independently.

The Horsfield’s Tarsier (Tarsius bancanus), also known as the western tarsier, is a small primate species that inhabit the Asian continent and can be found in its lowland jungles and one of the animals with big eyes.

These creatures are furry with thin limbs, but what they lack in size, they make up for in ability. Horsfield’s Tarsiers are nocturnal animals that have developed very acute senses.

As a night creature, it needs these senses to forage and feed at night. They use sound to catch their prey and have incredible leaping, jumping, and climbing abilities.

Although they are tiny, these creatures are very athletic little animals. The western tarsier has a long tail of approximately 17 cm and thin membranous ears to receive sound. None of these characteristics are quite as interesting as their big eyes.

The zebra back spider (Salticus scenicus) is only about 7 millimeters in length, making it one of the smallest animals in the world. The males of the species are smaller and stockier than the females.

The spider has short legs and a black body with white stripes that inspires its name. Many people suffer from arachnophobia – an acute fear of spiders.

This is why they may not be considered cute animals. But their cuteness is highly contested. The zebra spider does not only have large eyes compared to the rest of its body, but they also have 8 of them.

Two main eyes are located in the front to provide binocular vision, but the remaining six are on the side of their head to also allow for 360º panoramic sight.

The purple spot mantis shrimp (Gonodactylus smithii) is a crustacean and may not be considered very cute, but it would be difficult to argue that they aren’t stunning.

These shrimps have a thin bodies measuring up to 18 cm long. They have a unique radiance, meaning they present an array of different colors.

The purple spot mantis shrimp have big eyes compared to the rest of their body, but the size is not their only attribute.

They also work separately and move independently, scanning their marine environment in a way few other animals can. They use this to evade predators and catch their prey.

The slow lorises are a group of species of nocturnal primates from the Nycticebus family. They are one of the most exotic nocturnal mammals globally, and they are also the only known venomous primates.

Interestingly, their main predator is the human being. Humans have decimated their habitat almost to the point of extinction; some have even been poached from the wild to be taken into the exotic animal trade.

Slow Loris is originally from Southeast Asia. They are shy creatures and often hide from humans. They are, however, not domestic animals; they should not be kept as pets, despite how cute they are.

Slow lorises are protected by the CITES Convention and listed as one of the world’s critically endangered animals.

The giant squid (Architeuthis dux) has long been a subject of myth and legends. They have inspired fascinating stories over the millennia due to how elusive they are.

This creature lives in the furthest depths of the sea. Little is known about the species as it barely comes to the surface.

The giant squid can reach up to 15 meters in length, and their main diet is fish and crustaceans. Besides that, the giant squid boasts of having the most prominent eyes in the world, measuring between 28-30 cm.

Owls are birds belonging to the order Strigiformes, which includes over 200 species, and they are some of the animals with big eyes in the world.

They are primarily solitary and nocturnal birds of prey that feed on fish, insects, mice, and other small animals.

Owls have large eyes with unique coloring and binocular vision. Their eyes are acute and enable them to see small prey from great heights as they fly past.

Unlike the chameleon, the eyes of an owl can only see straight forward; however, they can rotate their head about 270º.

The ostrich (Struthio camelus) is the biggest non-flying bird in the world. This bird is native to the Savannah regions of Africa and is characterized by its abundant plumage, which combines black and white feathers.

Some specimens also have brown feathers. Ostriches are animals with large and protruding eyes. Their eyes are larger than their brain and this may be partly due to a tiny brain size rather than just big eyes.

Their main diet is plant and fruit material, but they are technically omnivorous and will eat small mammals and arthropods given the opportunity.

The satanic leaf-tailed gecko (Uroplatus phantasticus) is a species endemic to Madagascar. It is a nocturnal creature and feeds on small insects.

The gecko is one of the animals with fascinating big eyes since it lacks eyelids, characteristics that highlight the largeness of its eyeballs.

Furthermore, their eyes are 350 times more sensitive to color than the human eye, so they perceive images in a sharper and more defined way.

The octopus (Octopus vulgaris) is a mollusk found in the eastern Atlantic Ocean and the Mediterranean Sea. It is one of the most intelligent animals in the world.

The octopus possesses an oval head with eight arms covered in suckers. It is a nocturnal creature that lives 100 meters below sea level and feeds on fish and crustaceans.

Octopus has large eyes with rectangular pupils that provide a wide range of vision – a feature unique even among animals. They are also able to regulate the amount of light entering them.

The common clubtail dragonfly (Gomphus vulgatissimus) is an insect with clear wings that can be found in Spain and Italy. This dragonfly feeds on other flying insects, which it intercepts over the water’s surface.

One of its main characteristics other than its large transparent wings is its large eyes.

While people are typically annoyed by the buzzing flies around their food or wasps circling their heads, most people generally marvel when a dragonfly flies past.

This may be due to their large eyes, which cover almost their entire heads. These eyes have more than 30,000 photoreceptors called ommatidia that give them excellent vision.

The domestic cat (Felis silvestris catus) is one of the most popular mammals in human settlements and is some of the animals with big eyes. Cats possess an agile and lythe body that allows them to climb and play.

They can bond with humans and develop intense and reciprocal social relationships. Although this is why they have stuck around so long as companion animals, it is likely part of the initial appeal is their large and expressive eyes.

Domestic cats have eyes that are not only adorable, but they are fascinating from a physiological perspective.

They have a membrane across the front known as the nictitating membrane – or a ‘third eyelid’ – which helps protect them from injury and notifies their human parents if they are unwell.

At the back of the eye is a reflective membrane called the tapetum lucidum, reflecting light to the retina, making their eyesight acute even in the dark.

The red-eyed tree frog (Agalychnis callidryas) is an amphibian inhabiting low and humid lands of tropical rainforests or areas near aquatic ecosystems.

It presents with sexual dimorphism – meaning that males and females vary in morphology. Males typically measure around 71 millimeters, while females only measure approximately 56 millimeters. This frog is an animal with large eyes and with intense red color.

This adorable and cute expression, combined with the unique color contrast of the red eyes and emerald-green skin, has led to them being used on magazine covers and other publications to highlight ecology. 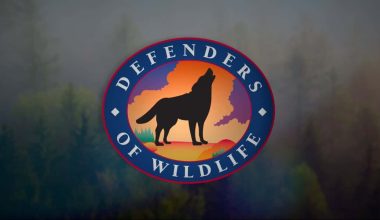 Read More
MMore
Defenders of wildlife is a non-profit organization in the United States founded for the conservation of wildlife. The… 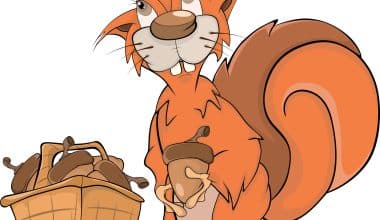 Read More
MMore
Have you ever noticed the large number of acorns that fall from trees in autumn? Have you ever… 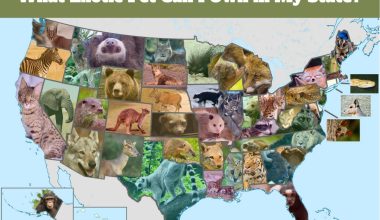 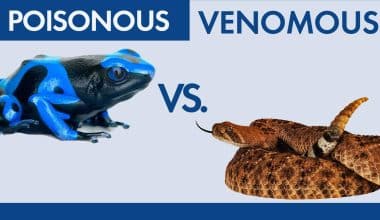 Read More
MMore
What’s the difference between venomous and poisonous? Most people know that venomous has something to do with venom…