9 Different Types of Insects That Sting

Getting stung by an insect can be incredibly painful and even dangerous for some people. While many bugs don’t sting, some insects are known for painful stings.

This blog post will look at some of the most common types of insects that sting and offer advice on how to avoid them.

Knowing which bugs to watch out for and how to protect yourself can go a long way toward preventing a nasty sting.

So, let’s dive in and learn about some types of insects that sting – and how to avoid them!

Bumblebees are the first on our list of the types of insects that sting and are most commonly found in the Northern Hemisphere.

They are large, round insects often mistaken for wasps or hornets because of their size and yellow and black stripes. Bumblebees typically live in colonies, and their sting is quite painful.

If you’re stung by a bumblebee, it’s important to seek medical attention immediately, as some people may have an allergic reaction.

To avoid being stung by a bumblebee, it’s best to wear bright colors that are not typically found in nature, such as red or orange.

Additionally, you should always keep an eye out for nests and be mindful when working outdoors.

If you come across a bumblebee, moving away from the area slowly is best and never attempt to swat at it or disturb it.

Carpenter bees are large, black, and yellow-striped bees that often hover around porch ceilings, window frames, and other wooden structures.

They can look intimidating, but they are quite harmless to humans. They are mostly solitary and feed on nectar but sting if provoked.

Furthermore, their sting is mild compared to other insects, such as wasps or honeybees.

They are types of insects that sting and can cause minor skin irritation but no serious harm. It’s important to note that only female carpenter bees can sting.

To protect yourself from being stung by a carpenter bee, you should avoid areas where they congregate.

Covering exposed wood in your home or garden with paint or sealant can also help deter them.

If you find yourself near a carpenter bee, make sure not to make sudden movements or swat at it, as this can cause it to feel threatened and sting you.

Honeybees are one of the most common types of insects that sting. They are found in most parts of the world, and their sting can be quite painful. Honeybees have three main body parts; the head, thorax, and abdomen.

The stinger of a honeybee is located at the end of its abdomen, and it has barbs that will remain in the skin after the bee has stung you.

This can make the sting even more painful. Honeybees will only sting if they feel threatened, so it is important to avoid provoking them.

Baldfaced hornets are also types of insects that sting. They are large, black, and white insects found throughout North America.

They are not actually true hornets but rather a type of yellow jacket. Unlike other yellow jackets, baldfaced hornets build large papery nests that hang from trees and other structures.

Their sting can be quite painful, and multiple stings can cause serious health problems. Fortunately, baldfaced hornets are not aggressive unless their nest is threatened.

If possible, it is best to avoid disturbing the nests and contact a pest professional to remove the nest from your property safely.

If you come into contact with a baldfaced hornet, it’s important to seek medical help as soon as possible.

Treatments for a baldfaced hornet sting include taking antihistamines, applying ice to reduce swelling, and using an over-the-counter topical cream.

European Hornets, also known as Giant Hornets, are a large species of hornet found in parts of Europe and parts of Asia.

These insects measure up to five centimeters and have intimidatingly large yellow-orange and black bodies.

They can become quite aggressive when disturbed and have been known to attack livestock, humans, and other animals.

The sting from a European Hornet is excruciating and can cause significant swelling and localized redness.

To protect yourself from being stung by a European Hornet, it is important to stay away from their nests, typically located near the ground in dark and damp places.

If you come across one of these types of insects that sting, you should back away slowly, as they may become aggressive if they sense any threat.

Wearing protective clothing can also help reduce the risk of being stung by one of these hornets.

Mud daubers are likewise types of insects that sting and are commonly found in gardens and around homes.

These solitary wasps are so-called because they build their nests out of mud, which they gather from moist surfaces such as streams and puddles.

Mud daubers may not be the most aggressive of stinging insects, but their sting can still be painful and cause discomfort. It is important to be aware of mud daubers and know how to avoid them.

Mud daubers generally have black and yellow or blue and black markings on their bodies. They measure about 3/4-1 inch in length.

Although they rarely sting unless provoked, mud daubers carry venom in their stingers and can cause allergic reactions in some people.

To avoid being stung, it is best to steer clear of any mud dauber nests you find around your home or garden. If a mud dauber does get too close, stay calm and slowly move away.

Also on this list of the different types of insects that sting are Velvet ants, small, hairy-looking insects found in North America.

They have bright red or orange bodies with black or brown stripes and long, fuzzy antennae.

These ants do not actually sting, but their defense mechanism is to bite if disturbed. Velvet ants also produce a deafening buzzing sound when threatened, which can be unsettling.

While their bites may be painful, they are generally not considered dangerous. To avoid being stung by velvet ants, it is important to be aware of their presence and take precautions when near their habitats.

Because these insects are mostly found outdoors, the best way to avoid them is to wear long pants and closed-toe shoes when outside.

It is also helpful to keep your outdoor living spaces free of debris, as this will discourage the ants from nesting in your yard.

If you encounter a velvet ant, it is best to leave them alone and not attempt to pick them up.

This list of the various types of insects that sting is never complete without the Paper Wasps, also known as the Umbrella Wasps, which are common in gardens and parks.

These insects are often mistaken for honeybees because of their similar coloring. Unlike honeybees, they are not very social and solitary hunters.

When disturbed, they will sting without warning. The sting of a Paper Wasp is painful but usually not dangerous to humans.

To avoid being stung by a Paper Wasp, it is important to stay away from their nests. These wasps build paper-like nests in trees and shrubs.

If one is found, it should be removed or destroyed with extreme caution, as the wasps may become agitated and sting.

In addition, it is important to be careful when gardening or participating in outdoor activities as these insects may be attracted to food sources and movement.

Yellowjackets are common and aggressive types of insects that sting and are found throughout the United States.

They are easily recognizable by their black and yellow stripes and are known for their painful sting.

Yellowjackets can become a nuisance when they build paper-like nests near people’s homes.

It is important to take caution if you see a yellowjacket nest as it can swarm and sting multiple times if provoked.

If you spot a yellowjacket nest, your best bet is to stay away from it and call a professional exterminator to remove it safely.

If a yellowjacket does manage to sting you, wash the area with soap and water and apply ice to reduce swelling.

Seek medical attention immediately if you experience an allergic reaction to the sting.

Taking steps to avoid yellowjacket stings can protect you and your family from potential harm. We’ll draw the curtains on our list of the several types of insects that sting here!

Insect stings can be painful and even dangerous in some cases. Knowing which insects to look out for can help prevent negative experiences.

Some stinging insects, such as bumblebees and honeybees, are beneficial to the environment and should be avoided but not killed.

Others, such as yellowjackets and paper wasps, are more likely to sting when provoked and should be avoided at all costs.

If you think you may have been stung, it is important to seek medical attention immediately.

With knowledge of the different types of insects that sting, you can make informed decisions to help keep yourself and your loved ones safe. 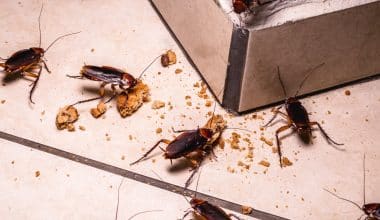 Read More
IInsects
Finding many different types of cockroaches in your home can indicate a significant problem. If you’ve found one,… 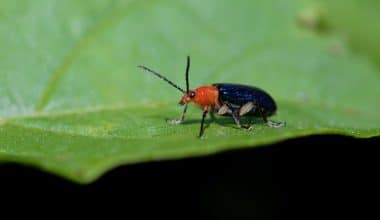 Read More
IInsects
Have you ever wondered about the types of beetles in New Jersey? Native species of beetles have been… 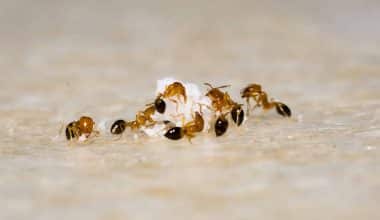 Read More
IInsects
Ants are among the most numerous types of insects in the world, with over 12,000 species known so… 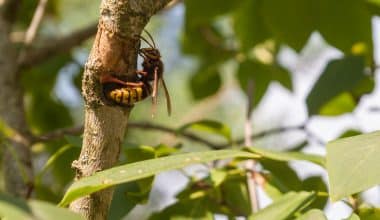 Read More
IInsects
Utah is home to many different species of wasps, and it can be difficult to determine which ones… 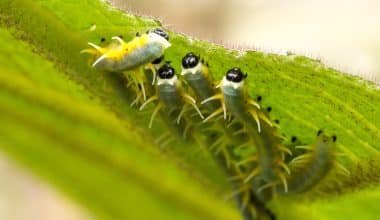 Read More
IInsects
Utah is home to a wide variety of wildlife, including various caterpillars. From small and brightly colored to…