Leopards are one of the most dangerous large cats on the planet, and their beautiful hair has black dots and rosettes. Their camouflaged coat and their sneaky nature allow them to creep up unseen before pouncing on prey.

These opportunistic predators are remarkably versatile, living anywhere from marshes and savannahs to mountains, rainforests, and deserts.

Let us explore 9 different types of leopards with their distinct traits and colors.

Even though its historical range has been shrinking by more than 90% in recent decades, the Indochinese leopard is luckily doing better than some other leopard species.

It is estimated that 970 to 2,500 of these magnificent creatures exist in Southeast Asia and Southern China, with Peninsular Malaysia, eastern Cambodia, and the Thailand-Myanmar border being particularly significant strongholds.

The stealthy hunters stay in deep tropical woods, steep places, and mountains, where they feed on muntjac, gaur, and wild boar, with the lonely, territorial animals frequently traveling across vast territories in quest of food.

While habitat loss, deforestation, and illegal hunting have contributed to their dwindling numbers.

The family’s most common member, the African leopard, has traditionally wandered throughout practically all of Sub-Saharan Africa, with few hardy specimens still living in Morocco’s Atlas Mountains.

Although habitat destruction now threatens most of their original habitat, one may still find the gorgeous beasts in desert regions, savannah, grasslands, mountains, and rainforests.

The African leopard’s fur color varies significantly because of its varied environments, with some appearing pale yellow or tawny and others dark brown or black.

The stealthy predator may approach its target quietly and spring out at the surprised animal at the right time because it fits in with its environment.

Though most males weigh 130 and 200 pounds, females are half that size, feeding on anything from hares and hyraxes to zebras, gazelles, and impalas.

The Indian leopard, like its African cousin, is extensively spread, with populations found in Bhutan, India, Nepal, and portions of Pakistan.

While it is uncertain how many remain in the wild, India alone is home to around 15,000 gorgeous big cats who like to hide and hunt in wooded or hilly places.

It is somewhat smaller than the African leopard, has powerful legs, a long tail, and big rosettes, and its fur color varies according to the local environment from pale and white to grey and dark gold.

They are sexually dimorphic, as with other different types of leopards, with males being significantly bigger and heavier than females in general.

The Persian leopard of the Iranian plateau weighs nearly twice as much as its adjacent neighbor. Although endangered,

They have greyish, slightly reddish fur with huge rosettes that are either pale or dark. The Persian leopard hunts and consumes mostly wild goats, roe deer, and mouflon in its natural habitat, with some gazelle and wild boar.

The Amur leopard, native to both the Russian Far East and northern China, Turns out to be among the rarest cats on this list of different types of leopards. In addition, Amur leopards are severely endangered.

The resilient species, considered just ninety in the wild, is exceptionally well suited to harsh environments and severe snowfall. The beautiful creatures generally reside high up in the mountains at heights of over 3,000 feet.

It is one of the largest leopards and can be identified from its relatives by its thick, pale cream-colored fur and widely spaced rosettes.

While its coat becomes duller in the winter to blend in with its environment, it regains its more vibrant coloring pattern in the summer.

The carnivorous mammals, sometimes known as the ‘Siberian leopard,’ mainly hunt on elk, deer, and Manchurian wapiti, with poaching, habitat degradation, and development projects being the biggest risks to their existence.

The Sri Lankan leopard, which lives on the island nation of the same name, is one of the biggest members of the species, partly because it fills an ecological niche and does not have to compete with any other substantial wild cats.

As a result, males weigh approximately 124 lb on average, while females weigh roughly half that, with huge individuals reaching up to a massive 220 lb at times.

Although their number estimates to be about 800, Sri Lanka leopards are still practically on every section of the island, from grasslands and woods to tea farms, hills, and nature reserves. They hunt mainly at night, stalking their prey stealthily until they can get near enough to attack.

Moving on to our list of different types of leopards, the Arabian leopard, which lives on the vast Arabian Peninsula, is another endangered member.

They like to reside in mountainous places or hilly steppe regions where they may hunt hare, hyraxes, ibex, and gazelle. With no more than 200 left in the wild.

Despite being one of the smallest species, it is the most giant cat on the Arabian peninsula, with adult males weighing roughly 66 pounds and reaching 72 to 80 inches in length and females being somewhat shorter and lighter.

Their coats have magnificent rosettes that hide them against their dusty environment, ranging from pale yellow to deep golden, with some individuals being tawny or grey.

Our list of different types of leopards is incomplete without mentioning the Javan leopard, now classified as severely endangered.

Previously distributed over all of Java’s tropical forests and highlands, only tiny, dispersed populations of 180 – 570 individuals reside in protected areas and national parks.

This catastrophic decrease caused by various circumstances, including agricultural development, poaching, and prey depletion, has led to their decline in population. Javan leopards hunt
chickens, goats, and dogs, as well as primates.

Lastly on our list of different types of leopards is the black leopard. However, they belong to leopards and even jaguars (Panthera onca), which are entirely black with the usual rosettes but are difficult to differentiate.

Melanism affects these individuals due to a recessive genetic defect, and because melanin pigment is responsible for coloring the skin, it causes the entire animal to darken.

This mutation applies to subspecies that dwell in humid and wooded regions and helps concealment and thermoregulation.

Although this morphological difference is subjective to various leopard species, it is more prevalent in Chinese and Javanese subspecies. 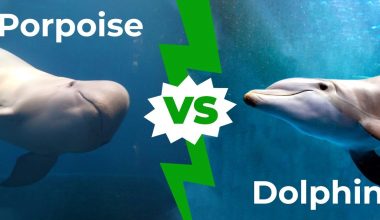 Read More
MMammals
Dolphins and porpoises are both cetaceans, marine mammals that are close cousins with whales. Dolphins are a member of the Delphinidae family and are… 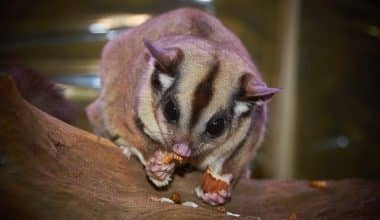 Read More
MMammals
If you’re thinking about getting a sugar glider, you’ve probably heard that there are many different types to… 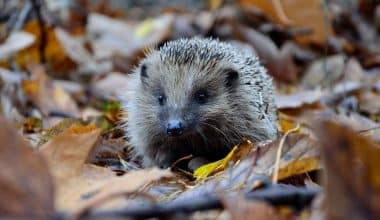 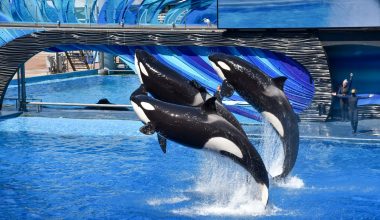 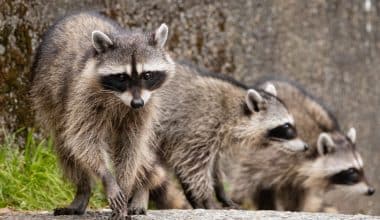