14 Types of Animals That Eat Trees

Trees are an important part of our planet’s ecosystem, providing us with oxygen, shade, and a home for many animals.

Unfortunately, some of the animal kingdoms do not share our admiration for these towering plants.

In this blog post, we’ll take a look at animals that eat trees. From squirrels to monkeys, discover which animals are munching away on our beloved trees!

We all know that trees provide essential resources like oxygen and food for the planet, but did you know that there are certain animals that eat trees?

Trees are an important food source for many species, from insects and birds to large mammals.

In this blog post, we’ll take a look at animals that eat trees. From leaf-eating herbivores to bark-chewing omnivores, discover which species depend on trees for sustenance.

Deer are some of the most common animals that eat trees. They use their powerful incisors to strip the bark off of trunks, branches, and twigs.

Deer primarily feed on the leaves and young buds of trees, but they will also nibble on bark in the winter months when other food sources are limited.

In addition to eating the tree’s foliage, deer can also cause damage to trees by rubbing their antlers on them, which can lead to breakage and die-back.

This semi-aquatic rodent is known for its large, flat tail and is most active at night. Beavers are one of the most iconic animals that eat trees.

However, Beavers typically feed on the bark, twigs, and leaves of certain species of trees, including poplar, maple, aspen, willow, birch, and elm.

Beavers also build dams from felled trees and branches, which helps to create wetlands that provide important habitats for many aquatic animals.

Squirrels are small rodents that can be found in all corners of the world. They are animals that eat trees!

Squirrels have sharp claws that allow them to climb trees easily and strip away the bark, leaves, and seeds.

In addition, they’ll also eat mushrooms, fruits, nuts, buds, and flowers from trees, giving them the essential nutrients they need to survive.

Their diet helps them survive in colder climates, providing them with the necessary energy to move around in search of food and shelter.

Black bears are one of the most common large predators in North America, and they have an omnivorous diet that includes eating trees and their branches.

They are animals that eat trees with sweet-tasting foliage, such as maple, birch, willow, and alder.

Black bears feed on berries, nuts, roots, insects, small mammals, and carrion. Black bears can be very destructive to trees if they feed too heavily on them.

SEE>  49 Animals That Start With Y

White-tailed deer are among the animals that eat trees and other plants in their natural environment.

While they may not eat trees exclusively, they often consume tree buds, twigs, leaves, and bark. This behavior can lead to damage to both small and large trees.

These deer can also cause damage to crops such as corn, alfalfa, and wheat. Hunting and fencing are common practices to control the white-tailed deer population.

While their diet is quite varied, deer primarily feed on vegetation such as tree buds and shoots.

In fact, one study found that white-tailed deer’s diet consists of tree buds and shoots. Talking about animals that eat trees, white-tailed deer usually stay near areas with thick shrubs and trees.

They prefer to stay away from open fields due to predation risk. During the winter months, these deer will venture out into fields more often in search of food.

In order to protect trees and crops from these animals, various methods of control can be employed.

These include hunting, trapping, fencing, repellents, and other management practices.

By understanding the dietary habits of white-tailed deer, people can better protect trees and crops from damage caused by these animals.

With the right management practices in place, it is possible to minimize or even eliminate the damage caused by white-tailed deer.

Elk are large mammals that are native to North America and Eurasia. They are browsers, meaning they are animals that eat trees, mostly leaves, twigs, and shoots of trees and shrubs.

Elk have sharp incisors and strong tongues to help strip leaves from the branches easily. Elk can cause considerable damage to trees and shrubs if their populations become too high in an area.

Moose are large ungulates that can be found in northern parts of Europe, Asia, and North America.

They are animals that eat trees, mainly on aquatic plants, grasses, and herbs, but they are also known to feed on tree bark and buds.

Moose will often strip the bark off of trees in search of the inner cambium layer, which is rich in nutrients.

They have been known to do this to aspen, birch, maple, willow, and other species of trees.

Moose are very powerful animals, so they can cause a significant amount of damage to trees in the process.

Bighorn sheep are large, hoofed mammals that have adapted to survive in some of North America’s most rugged and mountainous areas. They are animals that eat trees, shrubs, and grasses.

As browsers, they can be seen nibbling on the limbs of conifer trees and browsing on more woody plants such as willow and cottonwood.

Pikas are small mammals that are native to mountainous areas of the Northern Hemisphere.

They inhabit rocky areas, such as talus slopes and crevices near cliffs, where animals eat trees, grasses, sedges, forbs, and flowers. But they’re also known to animals that eat trees when other food is scarce.

In addition, pikas will store extra food in their burrows for future use. They may also collect and eat twigs and bark for shelter material.

While pikas don’t actually consume entire trees, they can cause noticeable damage to the bark and twigs of certain species.

Porcupines are herbivores, and they are animals that eat trees! They mostly feed on the bark of evergreen trees, conifers, and other vegetation such as fruits, roots, and tubers.

Porcupines will also sometimes eat the bark and cambium of deciduous trees. They use their sharp incisor teeth to gnaw and peel away the bark from the tree, often leaving the tree with circular wounds.

In the summertime, porcupines can be found foraging for food in trees and bushes. They are most active at night, so you may hear them munching away in your backyard!

As long as the tree is not too small or too young, a porcupine won’t cause significant damage to the tree.

However, if you notice a lot of bark being eaten away from a single tree, it could indicate an overabundance of porcupines in your area.

American black bears are omnivores, but they have a diet that is largely composed of vegetation such as roots, bulbs, leaves, fruits, nuts, and even tree bark.

These bears can be found throughout North America and in some parts of Canada and Mexico.

They have a particular fondness for sweet foods, such as berries and honey, but animals eat trees, fungi, nuts, grasses, and insects when available.

Black bears are adept climbers, enabling them to reach the higher branches of trees to get tasty snacks.

Mountain goats, or Oreamnos americanus, can munch on trees and shrubs. These animals are found in the mountains of North America and Asia.

They are animals that eat trees, grasses, herbs, lichens, and mosses but eat trees, shrubs, and other plant material in desperation or when food is scarce.

Mountain goats have powerful hooves that allow them to navigate difficult terrain and give them the ability to reach tree branches that are otherwise inaccessible.

Although their diet usually consists of plants, mountain goats have been known to eat small amounts of meat when available.

The snowshoe hare is a small animal that eats trees. They are often found in forests and can be identified by their large hind feet, white winter coats, and long ears.

The snowshoe hare has several adaptations that allow them to feed on trees, such as sharp front incisors and long claws.

They are particularly fond of the young twigs and buds of certain trees, which provide them with much-needed nutrition during the winter months.

This species also damages trees by gnawing off bark or leaves, which can harm the tree’s health.

Elephants are large mammals that can be found in many parts of the world. While they are mainly known for their trunk and tusks, elephants also have a penchant for trees.

In fact, Elephants are one of the animals that eat trees, especially those with sweet and succulent leaves.

The tree-eating habits of elephants are particularly evident in African savannas.

Elephants will frequently strip the bark and branches of trees, leaving them vulnerable to other predators. Elephants will consume twigs, leaves, fruits, flowers, and even bark if needed.

Because elephants have such powerful jaws and massive bodies, they can easily tear down trees if they wish.

This destructive behavior is most commonly seen when elephants are looking for food, but it can also occur when they are just feeling curious or playful.

Despite the fact that elephants are one of the few animals that can actually uproot entire trees, they don’t necessarily destroy them completely.

Instead, they often leave behind gnawed trunks, stumps, and smaller chunks of wood scattered around the area.

So next time you encounter an elephant in its natural habitat, be sure to keep an eye out for the signs of its tree-eating habits. You may even spot one in the middle of enjoying a tasty meal!

Animals that eat trees are important to many ecosystems, as they help to keep the balance of species by consuming trees, creating room for new growth, and encouraging biodiversity.

Additionally, these animals can positively impact humans by creating more access to light and water in areas where vegetation is dense.

While some tree-eating animals may be seen as pests, it is important to recognize their valuable role in maintaining healthy forests.

Temilade is a writer, a graduate and well experience content writer over years, who inspire and empower you to create marketing that your customers will love, igniting real results for your business. 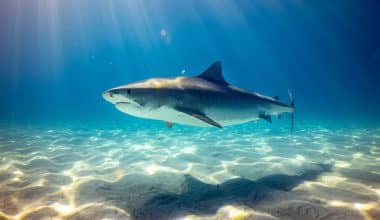 Read More
MMore
Animals are some of the most interesting creatures in the world. But did you know a variety of… 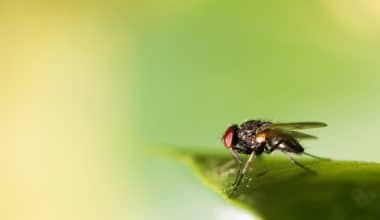 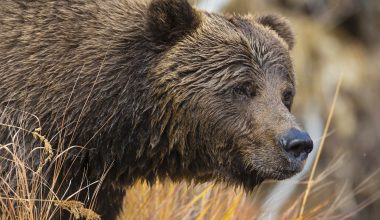 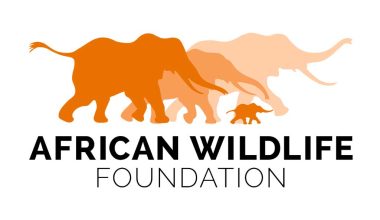 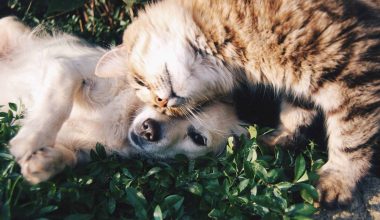 Read More
MMore
Humans have tried and failed to domesticate some animals that mother nature has gifted us. This can be…