Emu is a vertebraic terrestrial animal belonging to the ratite family of birds. Ratite family, which also includes ostriches, kiwi, cassowaries, and rheas, are known to be among the largest birds in the world and most primitive of the modern bird families.

It is a flightless bird and second-largest living bird by height after it’s ratite relative the ostrich, endemic to Australia where it is the largest native bird, and only extant member of the genus Dromaius.

Emu is known to be an important cultural icon in Australia, appearing on the coat of arm and various coins used in the country.

Emu (Dromaius Nivaehollandiae) is a soft – feathered brown, three-toed feet bird, with a dark grey head, long necks and legs. The flightless bird is stated to be able to reach a height of 6.2ft with an estimated body weight of 66 to 100 pounds.

Like the camel who can travel for days without resting, the emu is long-distance travelers as well. It can travel great distances and have been known to go for weeks without eating. However, they drink water infrequently when the opportunity arises.

Unlike most birds who have one feather per follicle, the emu grows a double-shafted feather from each follicle with similarities to hairlike appearance. Its feathers are less water-resistant than other bird feathers, and its tail feathers are usually stiff.

The three-toed feet bird is considered to have long and powerful legs, that allows it grips, thrust itself forward and make a run to cover an estimated distance of 31 miles (50 kilometres) per hour. An adult female Emu has been studied to be larger and heavier in size than an adult male emu.

The population of the emu is currently considered stable. Emus are known to be primarily found in Australia. Three subspecies are recognized to be inhabiting northern, southeastern and southwestern of Australia.

They have also been found to occupy parts of new guinea, Indonesia, Solomon Islands and in the Philippines, while a now extinct emu lived on Tasmania.

Emu is an omnivorous animal and is known to feed on a variety of plants and insects depending on the season.

They eat acacia seeds until the rain comes, and then eat new grass shoots and caterpillars. In the wintertime, they feed on the leaves and pods of cassia, while in springtime, they feed on beetles, grasshoppers, and fruit.

They also eat crickets, ladybugs, lizard, moth larvae and ants. Their feeding process in its habitat is considered to be important as they serve as seed dispersal specialist.

The reproduction of Emus takes place usually in May and June. Female emus are known to fight viciously for a mate, especially unpaired males.

Mating pairs remain together for up to five months, after which female, lay several clutches of eggs in one season. They are usually large, emerald-green or dark shiny green eggs having a resemblance to Avocado.

The females often wander away to mate with another, while the male is left to incubate and nurture the eggs for about seven weeks without drinking, feeding or defecating.

The emu possesses a pouch in its throat, that is part of the bird’s windpipe used for communication.

When the pouch is inflated, the emu can make deep booming, drumming and grunting sound usually made during courtship and breeding season.

A hiss described as blood curing is effective at warning off dingoes. When cornered, they kick with their big three-toed feet to keep predators at bay. It will also rattle its tail, to also scare off predators.

Predators of emu include dingoes, foxes, wedge-tailed eagles. Snakes and other nest-raiders feed on the emu eggs, while humans feed on their meat, eggs and nurture them for their oil and leather.

Drought and wildfires are also potential threats that could affect them. 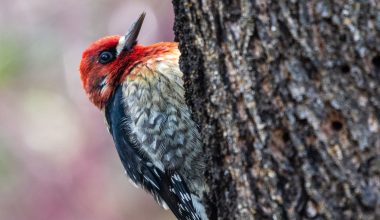 Read More
BBirds
Woodpeckers are fascinating and beautiful birds that have adapted to living in Oregon’s varied habitat. From the red-breasted… 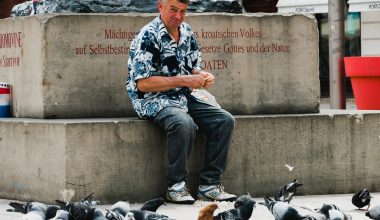 Read More
BBirds
There are many different types of pigeons in Florida, but the most frequent are the Mourning Dove and… 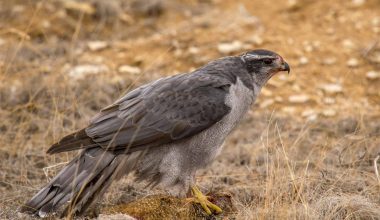 Read More
BBirds
Known scientifically as Accipiter gentilis, the Northern Goshawk is an average size bird of prey belonging to the… 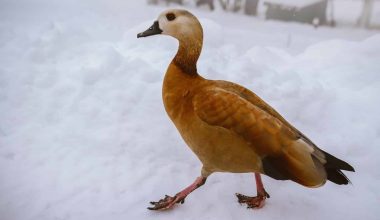 Read More
BBirds
The duck world has many different breeds, all uniquely beautiful in their way. The brown duck, with its… 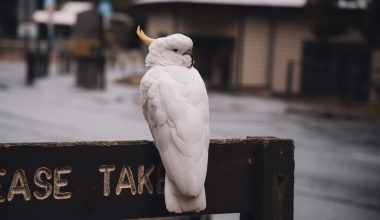 Read More
BBirds
Cockatoos are semi-big and beautiful birds, with one of the most interesting things about them is that there are different…