Ectoparasites are organisms that inhabit the skin or coat of another organism called the host for some time.

They are of importance because they are detrimental to the life of the host, causing cutaneous lesions, and transmitting pathogens.

They can also induce immunopathological responses in the host, and infest people or transmit zoonotic infections.

Ectoparasites affect a wide range of animals, including livestock such as poultry, cattle and fishes. Many of these ectoparasites (such as lice) have specific hosts, while others like ticks have a wider range of hosts.

Some of the ectoparasites plaguing domestic animals were acquired due to the introduction of animals into new regions which exposed them to the local parasites.

For example, cattle and goats introduced to some parts of Africa were exposed to ticks and tsetse flies as well as the pathogens these ectoparasites carry.

Another example is the wet markets of some parts of Asia where animals meant for consumption are kept alive in cages.

The animals are exposed to vectors and pathogens by interacting with other infected animals through urine and faecal matter. A significant amount of ectoparasites are invertebrates.

These invertebrate ectoparasites are arthropods such as arachnids and insects which usually affect terrestrial animals, while others are crustaceans that typically parasitize fish.

Ectoparasites are detrimental to the health of humans and animals. They are vectors of pathogens that are transmitted while the vector is feeding or sometimes defecating.

Some of the harmful effects of ectoparasites include:

Flea the common name given to organisms belonging to the order Siphonaptera. It includes about 2,500 species of small flightless insects that survive as ectoparasites of birds and mammals by consuming the blood of their hosts.

See also  11 Types of Jellyfish in the Gulf of Mexico

Adult fleas grow to about 3 mm long with a brown color, and bodies that are flattened sideways or narrow which enables them to move through their host’s fur or feathers.

Fleas do not have wings but possess strong claws that prevent them from being dislodged from the hosts. Their mouthparts are adapted for piercing and sucking blood, and their hind legs are well suited for jumping.

The oriental rat flea, Xenopsylla cheopis, is believed to be a vector of Yersinia pestis, the bacterium responsible for the bubonic plague. The plague was spread to humans by rodents such as the black rat, which were bitten by infected fleas.

Major outbreaks of the bubonic plague included the Plague of Justinian in the 6th century and the Black Death in the 14th century decimated about half the world’s population at that time.

The most widespread type of flea associated with mammals is the cat flea (Ctenocephalides felis) which is highly infectious and affects cats and dogs majorly but can also affect humans, goats, sheep, horses and other animals.

Cat fleas are a nuisance due to its persistent biting and can cause hypersensitivity, anaemia and dermatitis. They are also the carrier of Rickettsia typhi, the causative pathogen for the murine typhus.

Lice are wingless insects that cause direct damage to the skin of affected animals, and sucking lice can cause anaemia. They are obligate parasites that live outside on warm-blooded hosts like mammals and birds except for bats and pangolins. They are often classified as chewing lice and sucking lice.

See also  How Many Types of Spiders Are There?

They typically spend their entire life on a single host, laying and cementing eggs known as nits on hairs or feathers. The eggs then hatch into nymphs, which moult three times before becoming fully grown, a process that takes about four weeks.

Humans act as host to two species of louse—the head louse and the body louse, both of which are subspecies of Pediculus humanus; and the pubic louse, Pthirus pubis.

Mosquitoes make up a group of about 3,500 species of flies belonging to the family Culicidae within the order Diptera.

Mosquitoes possess a slender segmented body, a pair of wings, one pair of halteres, three pairs of long hair-like legs, and elongated mouthparts known as a proboscis. Mosquitoes are often categorized as intermediate ectoparasites as they do not need to live on the host.

The life cycle of a mosquito consists of egg, larva, pupa, and adult stages. Eggs are typically laid on a stagnant water surface where they hatch into motile larvae that feed on aquatic algae and organic material.

The proboscis of adult females of most species is adapted to pierce the skin of a host and feed on blood. The hosts include vertebrates such as mammals and fish and invertebrates like other arthropods.

The mosquito’s saliva is transmitted to the host during the bite and can cause an itchy rash. Furthermore, many species can ingest pathogens while biting and transfer them to future hosts.

In this way, mosquitoes are important vectors of diseases such as malaria, filariasis, Chikungunya, West Nile, dengue fever, yellow fever, and Zika virus.

See also  13 Different Types of Jellyfish You Should Know

Ticks are obligate ectoparasite of birds, mammals, reptiles and amphibians. They are arachnids and belong to the subclass Acari along with mites.

They survive on feeding on the blood of their hosts and become oval-shaped or engorged with blood while the feed. Ticks generally belong to two major families of hard ticks and soft ticks.

Ticks are responsible for the transmission of several infections caused by pathogens that cause diseases such as;

Mites, like ticks, are arthropods belonging to the class Arachnida and the subclass Acari. They are tiny organisms reaching less than 1mm in length, and possessing a simple, unsegmented body.

Some species of mites live in water and some in the soil where they act as decomposers. Some are predators or parasites that depend on others for survival. Parasitic mites sometimes infest insects.

For example, Varroa destructor attaches itself to the body of honey bees, Many species of mites are harmless to humans and domestic animals.

However, a few species can feed on mammals directly, acting as carriers for the transmission of pathogens, and causing diseases.

Mites which colonize human skin cause of several types of itchy skin rashes which include: 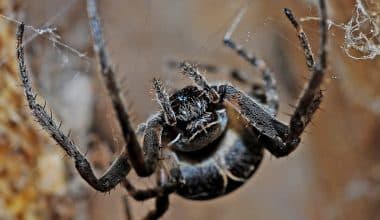 Read More
IInvertebrates
Spiders aren’t exactly the most pleasant creatures to have around the house, but unfortunately, it’s impossible to avoid… 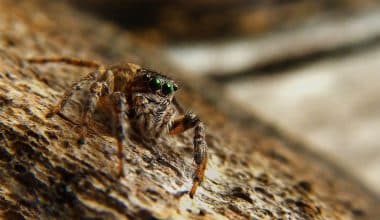 Read More
IInvertebrates
Orkin, an extermination company in the U.S., recently found that spiders are the number one thing that people… 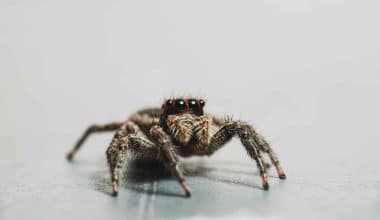 Read More
IInvertebrates
No matter where you live, there are bound to be spiders in your area—and there are probably more… 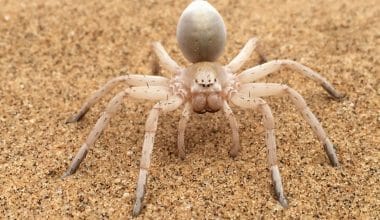 Read More
IInvertebrates
Arachnophobia, the fear of spiders, affects approximately 1 in 5 women and 1 in 10 men. So I’m… 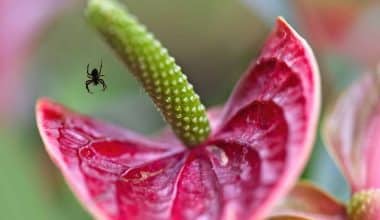