There is no denying that cockroaches can be a major issue in large cities, and it would be impossible to find a greater city than New York! But which species are more prevalent in the never-ending city?

The different types of cockroaches in New York will be discussed in this article. But how can you differentiate one from the other or if a bug is indeed a roach? Knowing what to check for is the first step in identifying a cockroach.

It’s crucial to understand the fundamentals before attempting to identify one of the five different types of cockroaches in New York City.

Only around thirty of the more than 4,500 species of cockroaches in the world infest human dwellings. Roaches can be distinguished from other insects, even if some can be mistaken for them.

An American cockroach is the second most prevalent roach in New York City and around the country. Additionally, this species is one of the different types of cockroaches in New York, primarily found in cluttered storage places, next to plumbing, under sinks, and in kitchens.

However, they choose single-story structures over multi-story ones, unlike German roaches. The American roach is around 2 inches long, about twice as long as the German roach, with body-length wings that lack any distinctive patterns.

This species of cockroach has a single yellow stripe on the back of the head and a reddish-brown color all over its body.

The brown-banded Cockroach often prefers temperatures above 80 degrees Fahrenheit. As a result, infestation happens when the brown-banded species try to get out of the chilly winter weather.

SEE>  33 Types of Butterflies in Florida

Brown-banded cockroaches are typically found in congested spaces, under wall hangings, furniture, and electrical appliances. This species is known to jump to avoid danger when exposed.

The body shape, colour, and patterns of brown-banded roaches, which have a half-inch length, vary depending on whether they are male or female.

Introducing the oriental Cockroach as one of the different types of cockroaches in New York that can adapt because they do well indoors or out, one of the most repulsive roach species.

The Oriental Cockroach makes up for not being as invasive or widespread as the American or German Cockroach by being disgusting! But, unfortunately, they can adapt because they do well indoors or out, in cold or hot weather.

The disgusting thing is that they want to live next to sewage, rubbish, and other areas where there is waste from people or animals.

The Oriental Cockroach can spread germs and diseases to food, dishes, utensils, and counters from their legs. Salmonella, E. Coli, dysentery, and food poisoning are all spread by this species. So get in touch with an exterminator as soon as you notice them in your home!

German roaches stand out since they are the most prevalent roach in New York City and the entire country. Unfortunately, this pest prefers urban settings and cities, especially multi-level structures, which is bad news for the city that never sleeps.

The German roach is prone to infest places used for food preparation close to plumbing or disorganized storage.

This Cockroach is drawn to diets high in fat, carbohydrates, sugar, and starches. Sadly, they might devour common household objects like toothpaste, glue, and soap if they can’t locate food.

They can adapt because they do well indoors or out and will break into homes, apartments, dining establishments, lodging facilities, and other buildings.

This Cockroach hides away during the day and takes up residence in crevices near refrigerators, stoves, sinks, and walls. So it can be challenging to determine if you have a cockroach issue.

Among these different types of cockroaches in New York, the German Cockroaches are A half-inch long with two darker stripes on its head.

The German Cockroach is light brown all over. The discoloration caused by the sticky, unpleasant liquid this species excretes is the most typical indication of an infestation.

In identifying them, males have the front half of the wings, and the sides of the thorax (the region between the head and abdomen) are yellowish.

This Cockroach stays in dark locations covered with trees, on tree trunks, particularly in the lower branches of oak and elm trees. People can see them in hollow trees, tree stumps, and wood piles.

Typically, the Pennsylvania Wood Cockroach enters your home by taking a trip inside the firewood you brought inside.

SEE>  42 Types of Caterpillars in Hawaii

Thankfully, this species dislikes cohabitation with different types of cockroaches in New York. They are, therefore, uncontaminated and typically won’t make you unwell.

The Pennsylvania Wood Cockroach prefers cooler weather. However, because it is too dry inside and they prefer to eat decaying organic waste like compost, dead plants, or manure, this species can only endure indoors for a short period. 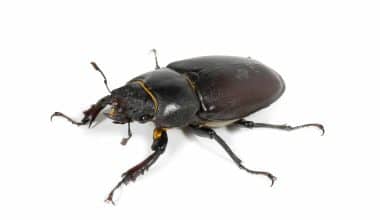 Read More
IInsects
While Colorado is full of stunning natural scenery, there are also different types of beetles in Colorado  (over… 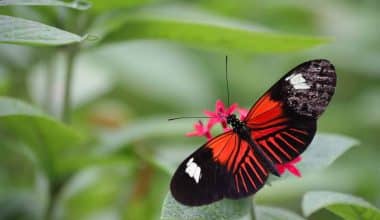 Read More
IInsects
Florida is well known as the Sunshine State, but did you know it’s also the state of butterflies?… 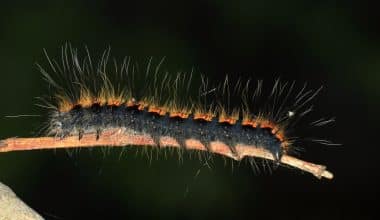 Read More
IInsects
There is a diverse range of sizes and shapes in regard to different types of black caterpillars. Lepidoptera… 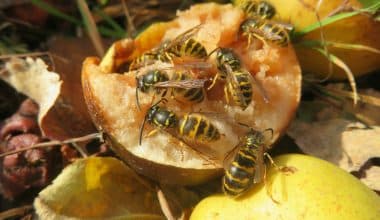 Read More
IInsects
There are many different types of wasps in California. If you live in California, chances are you’ve encountered… 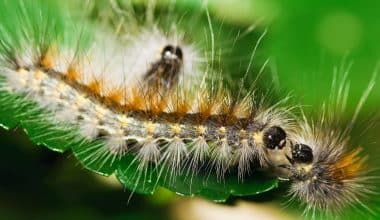 Read More
IInsects
The name caterpillar comes from the Latin word Catullus, which means little cat. Caterpillars can be cute and…