What Are the Difference Between Frogs and Toads?

The biggest difference between frogs and toads is in their skin and hind legs. Amphibians, which include both frogs and toads, are classified under the Anura order of the animal kingdom’s scientific classification system.

Toads, in comparison to frogs, typically have rougher, drier skin, heavier bodies, and shorter legs. Frogs, on the other hand, have smoother skin and long legs.

Some people use the phrases frog and toad interchangeably, as though they meant the same thing the whole time.

Amphibians include both frogs and toads in their ranks. They share certain similarities but are not the same by any stretch of the imagination.

The difference between frogs and toads is important to understand. You can differentiate between a frog and a toad when you have mastered this information.

Key Differences Between Frogs and Toads

Toads have skin that is more rough and dry, and their parotid glands have growths that look like warts. On the surface of the animal’s skin are glands that produce bufotoxins to ward off potential predators.

The warts are not true warts; rather, they are merely a natural component of a toad’s healthy physiology. Frogs have skin that is more slippery and has a nicer texture overall.

Frogs usually live close to bodies of water because their skin needs to be moist to survive.

SEE>  16 Largest Amphibians in the World

They are able to jump quite far and swim very swiftly as a result of this ability. Toads typically have shorter hind legs than the rest of their body, making them look short and stocky.

They travel by crawling or making short leaps to get around. There are instances when a toad will simply walk. Some certain species of frogs are able to walk.

One of the similarities between frogs and toads is that they both require a body of water or some other type of damp environment in order to mate and lay their eggs.

Color is a good way to tell the difference between frogs and toads. Toads often come in a far more limited palette than frogs do.

Poison dart frogs, which are native to South America, are among the species of frogs with the most vibrant colors.

The unfortunate reality is that potential predators may tell by looking at their stunning hues that the plant is highly poisonous.

However, the common toad, which has a pretty unremarkable appearance, can be fatal if consumed or even handled without proper safety measures.

SEE>  24 Types of Frogs in Nebraska

The toad’s skin contains a toxin that can cause death. Toads and frogs both have venomous skin, which is another characteristic they have in common.

Although the vast majority of frogs have lungs and can spend time out of the water, they spend most of their lives submerged in water.

Frogs can survive in a variety of environments, including rainforests, marshes, cold tundras, and even deserts.

Toads spend their lives on land but must travel to water in order to reproduce. There are many different species of toads, and you can find them on every continent except for Antarctica. Toads are most likely inhabitants of damp environments like grasslands and pastures.

Because of the disparity in the length of their legs, frogs and toads move differently when they are on the move.

Hopping is a common behavior for frogs, which is made easier for them by the length of their legs. Because their legs are significantly shorter than other animals, toads often move about by crawling.

Toads tend to have a chubbier appearance in comparison to frogs. They have a physique that makes people think of them as being sporty. Toads have a characteristic appearance of being short and stocky.

Another visible difference between frogs and toads is the snout. On the other hand, toads do not have noses as pointed as those of frogs.

Frogs have more of a point. When compared to the nose of a frog, the shape of a toad’s nose is noticeably larger.

Frogs and toads reproduce in the water and lay eggs, referred to as spawns in the scientific community. Toad spawn and frog spawn look quite distinct from one another, despite their shared origin.

The spawn of frogs tends to congregate in groups that remain together. The spawn of toads does not form clumps. Instead, it condenses into thread-like strands that bob around on the water’s surface.

You will be able to recognize the difference between frogs and toads the next time you come across one of these fascinating amphibians because you are now familiar with some of the most important distinctions that exist between the two.

Now that you know the difference between frogs and toads, you should spend some time studying the several ways that living creatures might be categorized.

This will give you a more comprehensive understanding of how animals and other living things are distinct from one another, even though they are extremely similar in some respects. 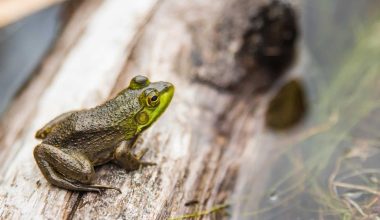 Read More
AAmphibians
If you’re planning your next vacation to Hawaii, perhaps you were wondering how many types of frogs are… 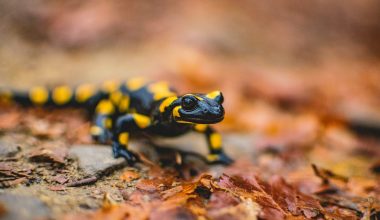 Read More
AAmphibians
There are many good reasons why people pick different types of Salamanders to Keep as Pets; this is… 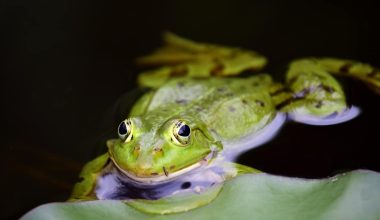 Read More
AAmphibians
There are over thirty different types of frogs in Florida. These amphibians find the conditions in which they… 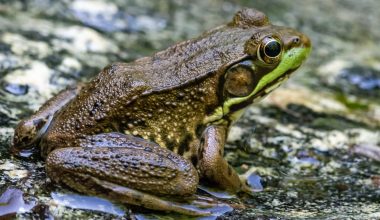 Read More
AAmphibians
Numerous species of frogs live in Arizona, but some types are more common than others. When exploring the… 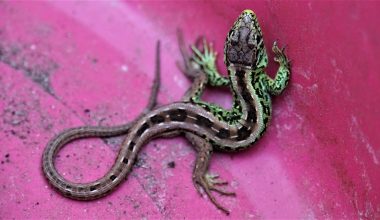 Read More
AAmphibians
There are different types of salamanders around the globe, but most of them can only be found in…