Living in the U.S., it’s no surprise that we’re blessed with many different chicken breeds to choose from!

There are several unique varieties within some of the most popular categories, but there are also several uniquely American types you’ll find across this great country!

Check out this list of 15 types of American chicken breeds!

One of the most popular types of American chicken breeds is the Orpington. Orpingtons are large, friendly birds that are great for eggs and meat. They come in various colors, including black, white, and buff.

Additionally, they have an exceptionally docile temperament. Araucana: These are very unusual-looking chickens because they have tufts of feathers on their heads that look like horns. They’re great egg layers and can also be used as meat birds.

The American Game chicken is a tall, skinny bird known for its fighting abilities. The breed was developed in the United States in the late 1800s and crossed the English Game and the Malay chicken.

The American Game is a popular choice for cockfighting, but it can also make a good pet or backyard chicken.

The breed comes in various colors, including white, black, blue, and red. It’s sometimes referred to as Banty because of its small size. It has an upright posture, long legs, and a large comb on top of the head.

The Brahma chicken is a large bird, with hens averaging around 9 pounds and roosters upwards of 13 pounds. They were one of China’s oldest American chicken breeds in the mid-19th century.

Brahmas are dual-purpose birds, meaning they are used for eggs and meat, and they’re a popular choice for backyard chicken keepers. This breed is prolific, laying more eggs than any other breed.

The Buckeye chicken is a breed of chicken originating in the United States. The Buckeye is a dual-purpose bird used for meat and egg production.

The breed was developed in the 19th century by Mrs. Nettie Metcalfe of Ohio and is named after her home state’s official bird, the Buckeye.

The Buckeye is a hardy and adaptable chicken that does well in hot and cold climates. The breed standard calls for a large bird with red and buff plumage. Buckeyes are friendly birds that make good pets, as well as good egg and meat producers.

The California Gray chicken is among the popular American Chicken breeds among backyard chicken enthusiasts. They are known for being friendly, docile, and having good layers of brown eggs.

Cal Grays are hardy and can tolerate hot and cold weather extremes. These chickens do well in confinement but enjoy free-ranging.

If you’re looking for a versatile chicken that will do well in almost any situation, the California Gray is a great choice. There’s some variability between the lines; some lines have rose-combed heads, while others have pea combs and beards.

The Delaware chicken is a beautiful bird developed in the United States in the 1940s. It is a dual-purpose chicken used for meat and egg production, and Delaware is a moderate-sized bird with white skin and feathers.

The hens lay brown eggs and are good mothers, and the roosters are gentle and make good fathers. This breed is known for being calm, docile, and easy to handle, making it a great choice for first-time chicken owners.

Delaware is an excellent layer of large brown eggs; however, this breed has not been evaluated for its ability to produce blue or green colored eggs.

The Dominique chicken is a dual-purpose breed, meaning it is used for both egg production and meat. The hens are known for being good layers of brown eggs, and the roosters grow to be quite large, making them good for meat.

The Dominique is an old breed dating back to the early 1800s in New England. These American chicken breeds are hardy and adaptable, withstand cold weather, and live off scraps if necessary.

These birds are not shy and are known to be quite friendly, making them great pets and productive members of the flock.

They have glossy, dark feathers with lighter-colored feathers on their wings. In addition to being an excellent egg layer, this type of chicken is also very good at producing eggs year-round.

The Java chicken is a heritage breed developed on the Java island in Indonesia. These American chicken breeds are known for being heat-tolerant and having good layers of brown eggs.

Java chickens are also relatively disease-resistant and can be found in standard and bantam varieties. Their weight range is around 5 pounds, and they usually lay about 200-250 eggs annually. Their feathers have black tips, making them a beautiful addition to any farm or homestead!

The Jersey Giant chicken is a heritage breed developed in the late 1800s in New Jersey. These American chicken breeds are excellent egg layers and can lay up to 300 eggs annually!

Jersey Giants are also one of the largest American chicken breeds, with roosters weighing around 13 pounds and hens around 11 pounds. The Jersey Giant is a great choice if you’re looking for productive and good-looking chicken!

These American Chicken breeds were developed in the early 19th century from crosses between native American birds and Asian breeds brought to North America by seafarers.

The New Hampshire is a dual-purpose chicken raised for meat and egg production. The breed is known for its hardiness, docile nature, and rapid growth rate.

They are typically good layers, averaging about 200 eggs per year, with some hens producing as many as 300 eggs per year. They are also good sitters and mothers.

This chicken breed comes in various colors: Barred, Partridge, White, and Blue. These chickens are also known as Rock Cornish or Plymouth Rocks.

SEE>  19 Types of Birds That Are Blue

The Rhode Island Red is an American chicken breed developed in Rhode Island in the late 19th century. It is a dual-purpose breed used for egg and meat production.

The Rhode Island Red is one of the most popular American chicken breeds in the United States and one of the world’s most common.

The Naked Neck chicken is a good bird for hot climates and those who don’t want to bother with feathers. They are calm, docile birds that don’t mind being handled. They are also known as turkeys without feathers and vultures because of their appearance.

Naked Necks lay light brown eggs and are considered dual-purpose birds, and you can use them for meat and egg production.

A large rooster usually weighs around 4 lbs, while the hens weigh 2 1⁄2 lbs. They have an average life span of 7 years and require little space due to their small size.

Silkies are not the best egg layers, but they make up for it in personality. It’s always fun to see these fluffy chickens walk around your yard.

There are many different types of American chicken breeds available today. Some of the most popular include the Rhode Island Red, the Plymouth Rock, and the White Leghorn. These chickens are all known for their egg-laying abilities and their meat production.

Many other American chicken breeds are available, each with unique characteristics. When choosing a breed, it is important to consider your needs and requirements. 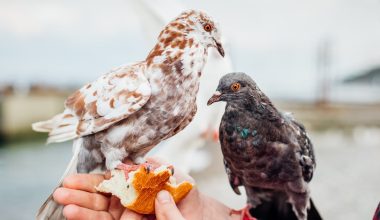 Read More
BBirds
It can be fun to feed the birds in your yard. Also, many people even find it therapeutic… 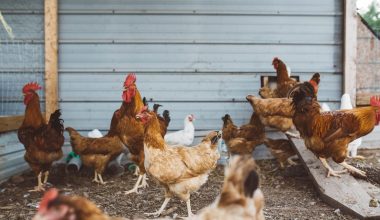 Read More
BBirds
Chicken breeds come in all sorts of shapes, sizes, and colors. But they’re not all created equal when… 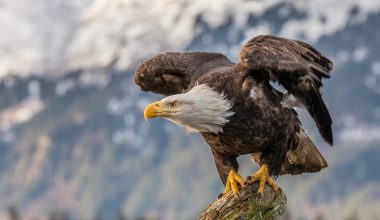 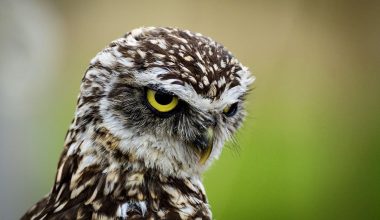 Read More
BBirds
A broad variety of owl species thrive in Louisiana’s marshes and forests; some have even adapted to dwell… 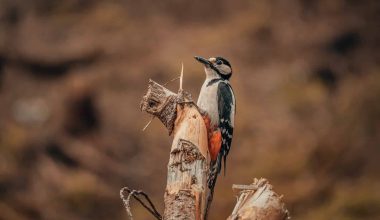