Retrievers are the most popular type of dog breed. They make up about 42% of all breeds in the US. These dogs are well-known for their strong sense of smell and extreme agility.

Retrievers have been used for hunting, retrieving games, and even finding people lost at sea.

Now, if you are looking into different types of retriever dog breeds, we have here all the details you may require to get the dog of your choice.

Let’s dig in and learn about the different types of retriever dog breeds!

Many types of dogs can be classified as retrievers. These include the Labrador Retriever, Golden Retriever, and Chesapeake Bay Retriever.

In general, there are three types of retrievers: water dogs, land dogs, and dual-purpose dogs. Water retrievers have webbed feet, while land retrievers have paws with hair between the toes.

Dual-purpose dogs are also called all-around because they can work in water and on land. These are then divided into various types of retriever dog breeds.

Let’s delve into them to discuss each one of them;

The Labrador Retriever is a medium to a large-sized, short-haired dog known for its intelligence, eagerness to please, and loyalty. The Labrador has been bred as a hunting companion and retriever of games such as waterfowl, upland game birds, and furbearers.

The Lab is an energetic dog with a strong retrieving instinct. It was initially bred in Newfoundland by English immigrants in the 19th century from St. Johns Water Dogs.

These were brought from England to assist fishermen in their work on the rugged coast of Newfoundland.

Labrador Retrievers are brilliant dogs who are easy to train and have an excellent sense of smell, making them useful for search and rescue work.

They are also guides or service dogs for blind, deaf, or epileptic people. This Retriever has a large, muscular dog with a flat skull, loose skin, and floppy ears.

The coat can be black, yellow or chocolate. They have webbed feet and water-repelling fur, making them suitable for swimming.

SEE>  Why Do Dogs Lick Your Feet?

The Labrador Retriever’s diet consists primarily of meat, with some vegetables and fruit mixed in for variety. They also like to eat fish, other seafood, eggs, and dairy products.

The Chesapeake Bay is one of the most popular types of retriever dog breeds in America. It was initially bred for hunting waterfowl, but now it is mainly used as a family pet.

The CB Retriever is a medium-sized dog with a sturdy build, a short coat with either a rough or smooth texture, and webbed feet. This breed has a thick double coat that protects it from cold water and a dense undercoat to provide warmth.

The Chesapeake Bay Retriever is an American gun dog developed in the mid-19th century by crossing various working water dogs with yellow retrievers imported from England to hunt ducks and geese in the Chesapeake Bay area of Virginia and Maryland.

The Chesapeake Bay Retriever is a medium-sized dog that weighs between 45-75 pounds. They have a long muzzles, thick fur, and a black topcoat with white patches on their face and chest.

The Retriever likes to eat mostly meat but also enjoys vegetables and fruits. They have been known to have a diet rich in protein and fat.

These Retrievers are one of the most popular types of retriever dog breeds. Golden dogs are known for their friendly and playful nature. It is a large, well-muscled, short-haired, square-muzzled breed of working dog with a thick, golden coat.

The Golden Retriever’s natural prey drive has made it a popular choice in both conformation shows and rescue roles. They are also brilliant and loyal pets that make great family companions because they love people so much.

The Golden is a breed of dog that has been bred for hunting and retrieving games. Scottish farmers initially bred hunting dogs to help them bring home food in the wintertime.

These dogs were later brought to England, where they were used for hunting game birds like grouse, pheasant, partridge, and woodcock.

Golden Retrievers are often bred for their temperament, including great patience with children and other pets. Golden Retriever dogs have a good sense of smell which helps them in finding their way back home when they are lost somewhere.

The Flat-Coated dogs are famous types of retriever dog breeds from the United Kingdom. Its origin is unknown, but it was developed in the 18th century by crossing Old English Sheepdogs and Scottish Terriers.

It is a large, heavy-boned dog with a long coat covering its body and head with a dense undercoat. They have straight or wavy hair on their face, tail, and paws.

They are brilliant and have great noses to track down prey. They were originally bred to hunt wildfowl and waterfowl, but now their skills are used for hunting small animals and birds such as rabbits and squirrels.

Flat-Coated Retrievers like to eat meat, particularly game birds. They also need a high protein diet with an emphasis on maintaining muscle mass. This means they should not be fed low-protein foods like kibble or canned food.

This dog breed is commonly found in North America. These have a short, smooth coat and a distinctive curl that forms at the end of the tail.

Curly-Coated Retrievers are known for their intelligence, gentleness, and loyalty. They are a good family dog and make excellent watchdogs. Hunters have also used these Retrievers to chase and catch birds with their powerful noses.

The Curly-Coated Retrievers are popular types of dog breeds in America, with over 1 million dogs living there. They are also known for their curly hair and friendly personality.

They have been used as service animals by the military and law enforcement agencies due to their ability to detect explosives, drugs, and other materials that are dangerous to humans. They are known for their curly coat and life span of 8 to 10 years.

The Curly-Coated Retriever is an intelligent breed that is eager to please. They are also very family-oriented and love to be around people. They like to eat various types of food, including beef, chicken, rice, and vegetables.

It is a rare breed of retrievers. They are used for hunting, herding, and retrieving games. They were initially bred in Nova Scotia in the 19th century by John Ferguson.

Nova Scotia Duck Tolling Retriever dogs were initially used for hunting and herding games. Still, they have been adopted as therapy dogs due to their friendly nature and ability to be around people without being aggressive or territorial.

They are known for their intelligence and the ability to work well with people. These are smart dogs that can learn tricks quickly. Nova dogs have a high energy level and love playing games with their owners.

Nova Scotia Duck Tollers have a history of working with people in different professions such as law enforcement, search and rescue, and therapy. Nova Scotia dogs are also used as guide dogs for the visually impaired.

Retrievers are the perfect family dogs as they are active and energetic and quickly get along with people of different ages.

What are Retrievers known for?

Retrievers are known for their strong sense of smell and a keen ability to find lost items. Retriever dogs are also known for their curiosity, intelligence, and playful nature.

What’s the difference between a Golden retriever and a Labrador retriever?

Even though both dogs are known to be the best, the significant difference between the two types of retriever dog breeds is that a Golden retriever is a little relaxed and requires more grooming compared to a Labrador. In addition, Golden is less expensive. Whereas Labradors are easier to work with, especially training is the key factor. They have a muscular build compared to Golden retrievers and weigh a bit more. 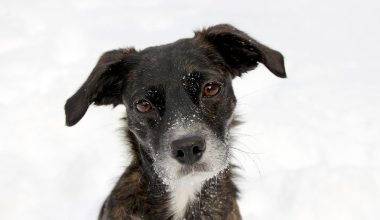 Read More
DDogs
Hound dog breeds are some of the most popular pets, for a good reason. They’re loyal, devoted, and… 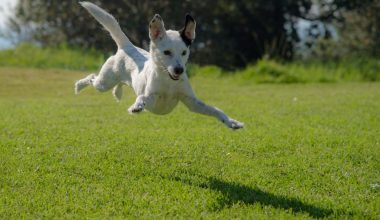 Read More
DDogs
White dogs are not just pretty to look at but also friendly and easy to take care of,… 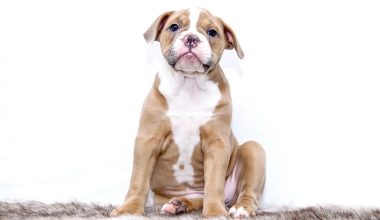 Read More
DDogs
While most dog breeds have a lifespan between 10 and 15 years, some species can live for as… 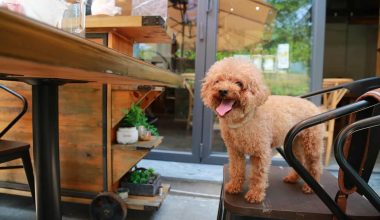 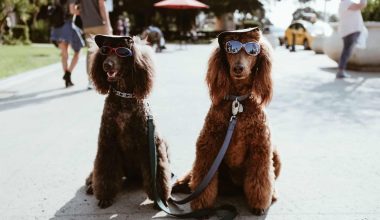 Read More
DDogs
If you’ve ever had a dog with hotspots, you know just how frustrating they can be. Hot spots…