Brown cat breeds are not uncommon, and brown with black stripes is also a popular color among cats.

Solid brown cats are less frequent yet can be stunningly gorgeous. Brown coats in cats vary in color from very light tan to rich chocolate brown.

One purebred cat breed is exclusively available in brown, and that is the Havana Brown. These cats have a solid coat that is an even and rich shade of warm brown.

Lots of other well-liked cat breeds come in brown, in addition to various colors, and can be solid, patterned, or pointed.

Certain breeds do not come in the color brown at all. Let’s look at ten of the most well-known brown cat breeds.

The Asian Leopard Cat, a small wild cat species native to Asia, was crossed with domestic cats to produce the Bengal breed in the 1980s.

The aim of the breeding effort was to create domestic cats with wild appearances but loving, trustworthy personalities. The initiative was successful.

The Bengal is the only breed with rosettes, which are spots that imitate the spots on wild cats like ocelots, jaguars, and leopards. Brown is one of the many colors that Bengals may be.

The coat is usually marbled or speckled, which could include glitter. Bengal cats may appear wild, but they are actually quite friendly and meow a lot to let you know what they are thinking.

They require a lot of interaction and stimulation from their owners because they are so energetic and interested and struggle if left alone for extended periods.

See also  21 Most Expensive Cat Breeds in the World

Despite their slightly varied appearances and unique breed standards, the two breeds are more similar than dissimilar.

Maine Coons come third on our list of brown cat breeds and can weigh 20 pounds or more, making them one of the biggest cat breeds.

The long, shaggy coat of the Maine Coon comes in almost every color and pattern you can think of, except for chocolate, lavender, and the pointed Himalayan pattern.

Brown with tabby markings, brown patched tabby, and these two patterns with white are all good brown shades.

Maine Coons developed naturally in Maine, where they could handle the cold and were good at rattering. In the end, the breed became the official state cat of Maine.

The “Gentle Giant” is another name for the Main coon, because it is friendly, calm, and great with kids.

Since the Munchkin is a dwarf breed, its legs are naturally shorter than those of a typical cat. The spontaneous genetic mutation that led to the creation of this short-legged cat breed was the first of its kind.

The breed can have either short or long hair and can be any color, including brown. The length of the hair can also vary.

The Munchkin is a healthy breed less likely to be impacted by arthritis or mobility concerns. These brown cat breeds are also Playful, inquisitive, and outgoing.

The RagaMuffin is a cat breed of relatively recent origin, developed in California in the middle of the 1990s. However, the precise origins of the breed are a mystery.

The RagaMuffin has a medium-long coat that is thick, silky, and smooth, yet it does not require much maintenance.

The coat is available in a wide variety of colors, including brown. In addition to being serene, gentle, and incredibly lovely, RagaMuffins are famous for getting along wonderfully with children and other animals.

A random genetic mutation gave the American Wirehair its distinctive wiry coat, yet the cause of the mutation remains unknown.

The American Wirehair has a longer coat on the sides and shorter on the back than any other brown cat breeds. It is gritty, tough, harsh to the touch.

A wide variety of coat colors and patterns are available for the American Wirehair, including brown tabby hue. The breed is known for being calm, submissive, and loving.

Burmese cats are available in four colors: champagne or a warmer beige, sable or a deeper dark brown, blue or a medium grey and fawn, and pale gray with fawn undertones.

The four Burmese colors came from the Siamese cat, used in developing the Burmese breed.

The Burmese coat is short and sleek, with a fine, glossy, satiny texture that requires little maintenance.

Havana Brown cats are solid brown, as their name suggests. In addition, they are the only pure brown cat breeds on this list.

The color tends to be red-brown (mahogany) rather than black-brown. The Havana Brown is all brown throughout, including the snout, paw pads, and whiskers. The warm brown color of the cat is contrasted beautifully by its eyes, which are a brilliant green tint.

No one knows how the name came to be. However, some think it got the name from the Havana rabbit, which has a similar brown color, or after the deep brown color of a Havana cigar. Neither of these explanations is quite specific. Despite its medium size, this breed is adorable, friendly, and a little naughty.

The Manx is one of only a few brown cat breeds that don’t have tails. The breed originated from an island in the Irish Sea between Ireland and Great Britain.
Even though many Manx don’t have tails, some have partial tails while others have full tails.

The double coat of the Manx can be long or short, and it comes in many different colors and patterns, such as brown tabby. The Manx is intelligent, active, loving, and trustworthy.

The Oriental Shorthair is another brown cat breeds developed by combining various breeds with Siamese cats, including Abyssinians, British Shorthairs, Russian Blues, and mixed breed cats.
Kittens from these crossbred litters then bred back to Siamese, resulting in a new breed with enormous ears and an elongated body form, but in various colors, patterns, and coat lengths.

Today’s Oriental is available in a variety of colors, including chestnut (a deep chestnut brown) and cinnamon (a light, reddish brown). Oriental Shorthairs are energetic and very curious cats. 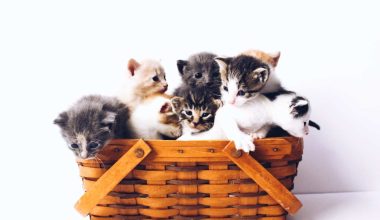 Read More
CCats
Feline companionship brings joy and jubilance into your life. Cat lovers have a yen to bring pets with… 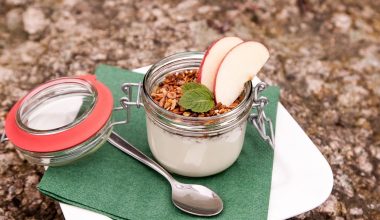 Read More
CCats
Are you wondering whether your cat should be allowed to eat yogurt? Cat owners are no strangers to… 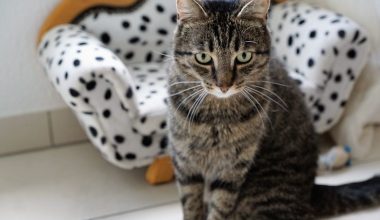 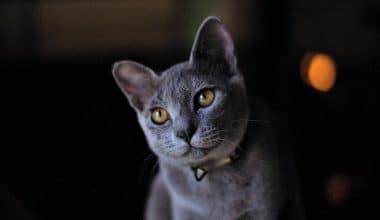 Read More
CCats
There are countless Russian cat breeds to adopt today. This is for you, even if you’re looking for… 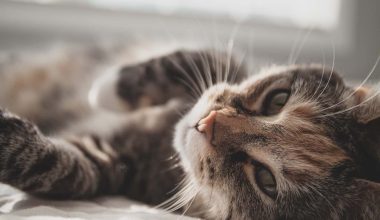 Read More
CCats
Can cats eat avocado? The answer to this question depends on who you ask! If you have an…